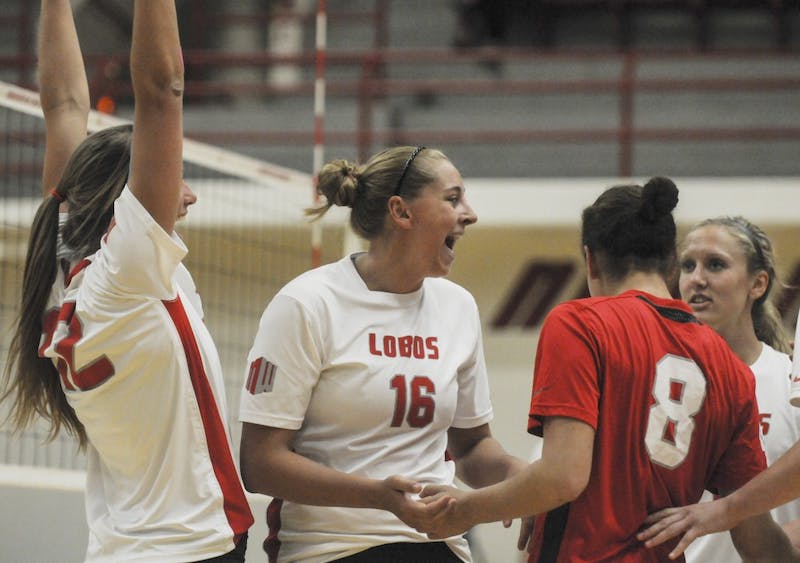 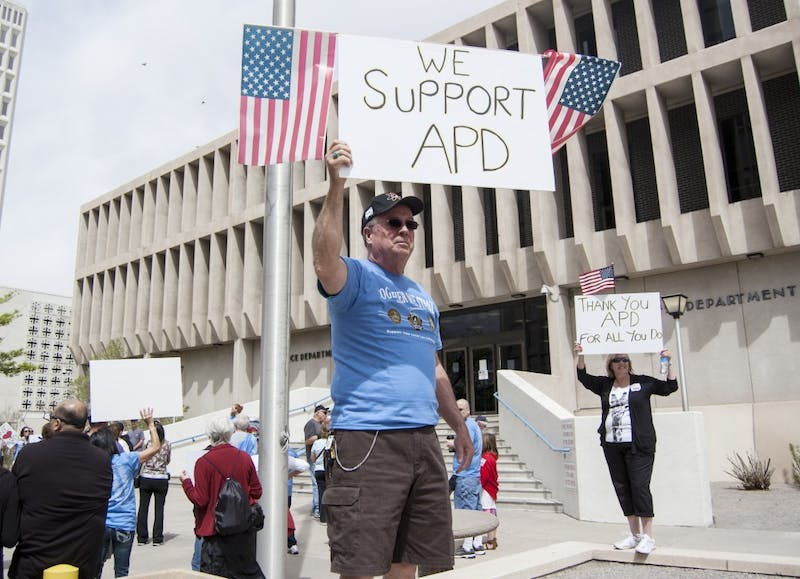 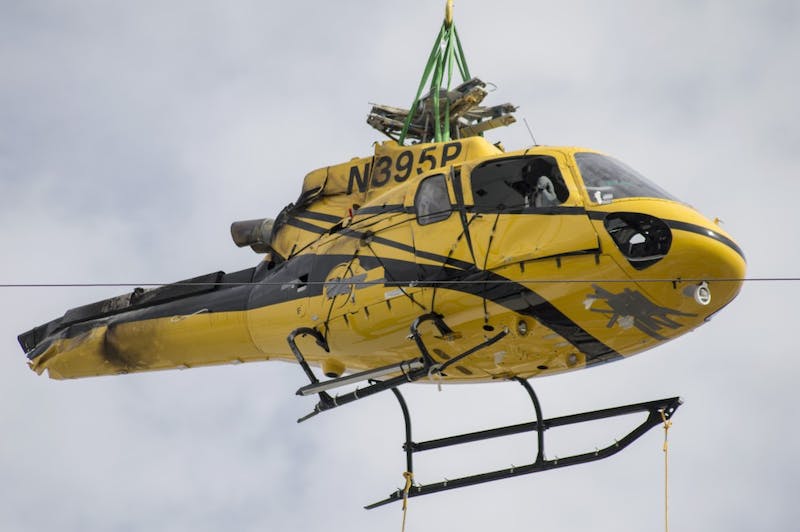 
A disabled PHI Air Medical helicopter, which crashed on the roof of the University of New Mexico Hospital on Wednesday evening, was removed successfully on Saturday morning. 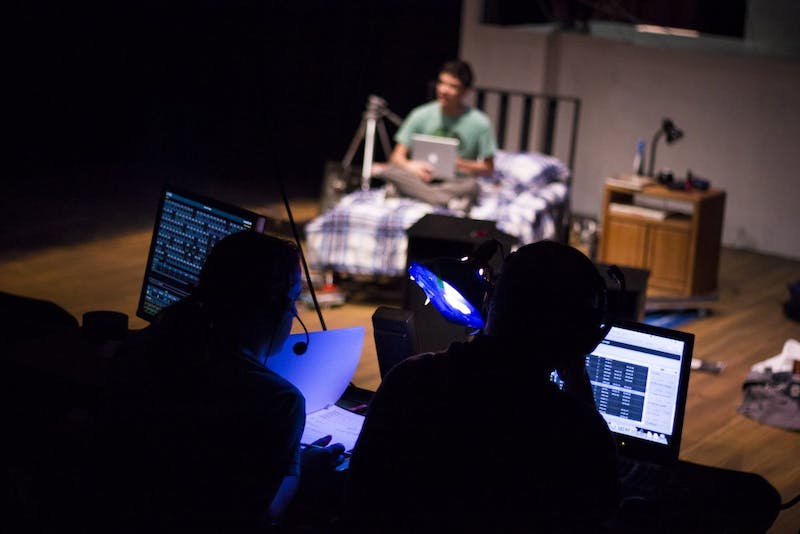 Theater Logs in to the 21st Century 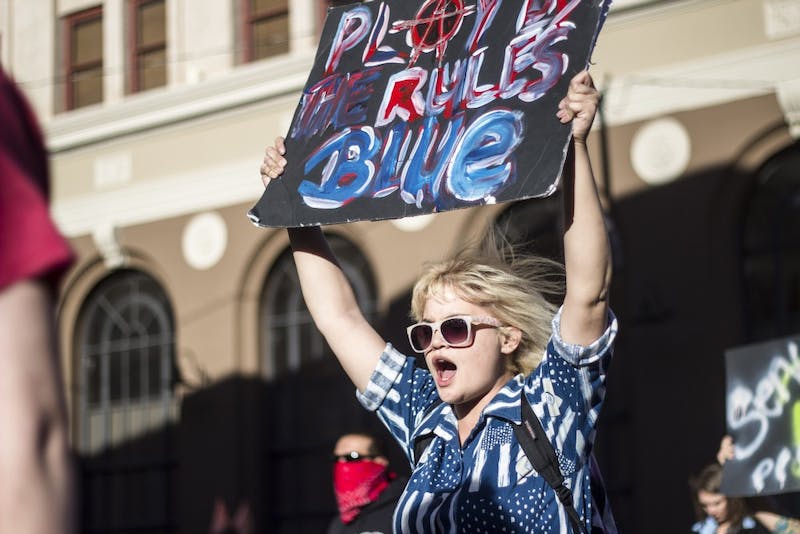 
Albuquerque residents came together for a third time on April 4 to protest against the Albuquerque Police Department. 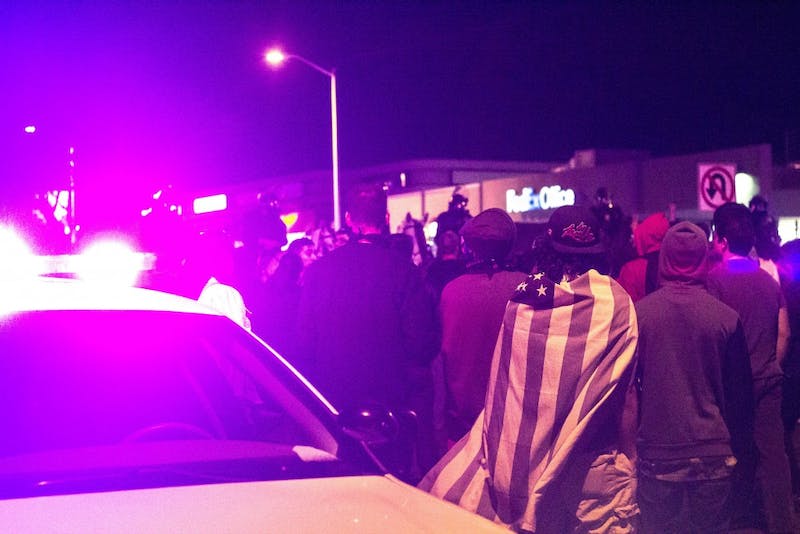 March 25:
About a thousand people gather in front of APD headquarters to protest Boyd’s killing.

March 30:
Second round of protests occur, resulting to multiple standoffs among protesters and police. Protesters get tear-gassed after 12 hours of protest.

April 2:
Community holds candle vigil for Boyd at the site of his killing.

Albuquerque Mayor Richard Berry holds press conference to announce that his request for preliminary results of the Department of Justice’s APD investigation and for collaboration with plans to decrease violence in the police department. 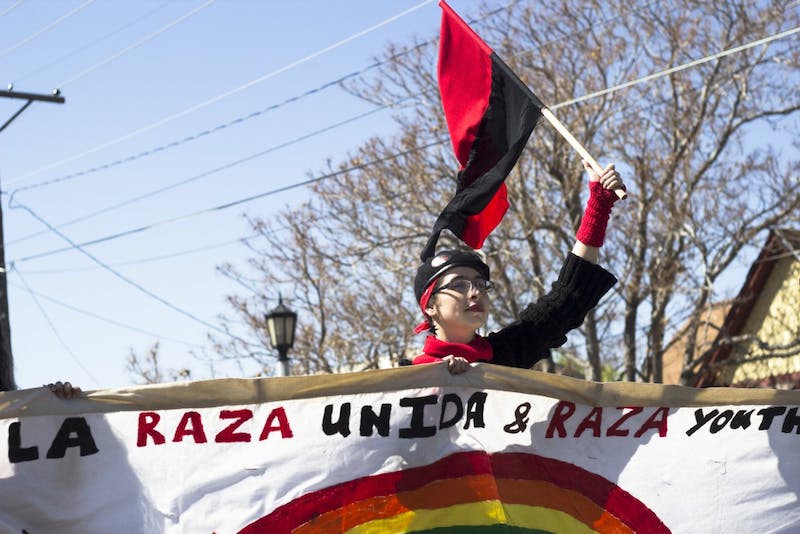 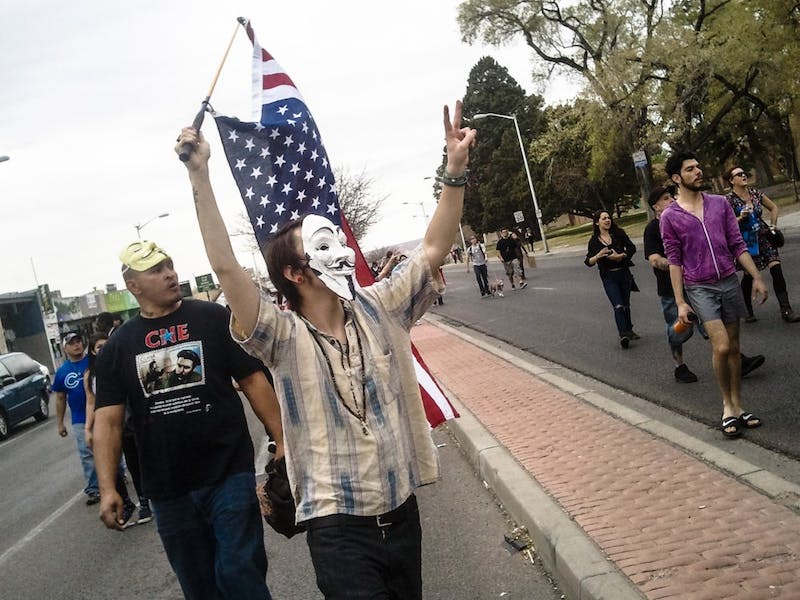 
The online group Anonymous has jumped on board in opposition of the Albuquerque Police Department’s use of deadly force in the death of James Boyd. Protestors have again taken to the street. 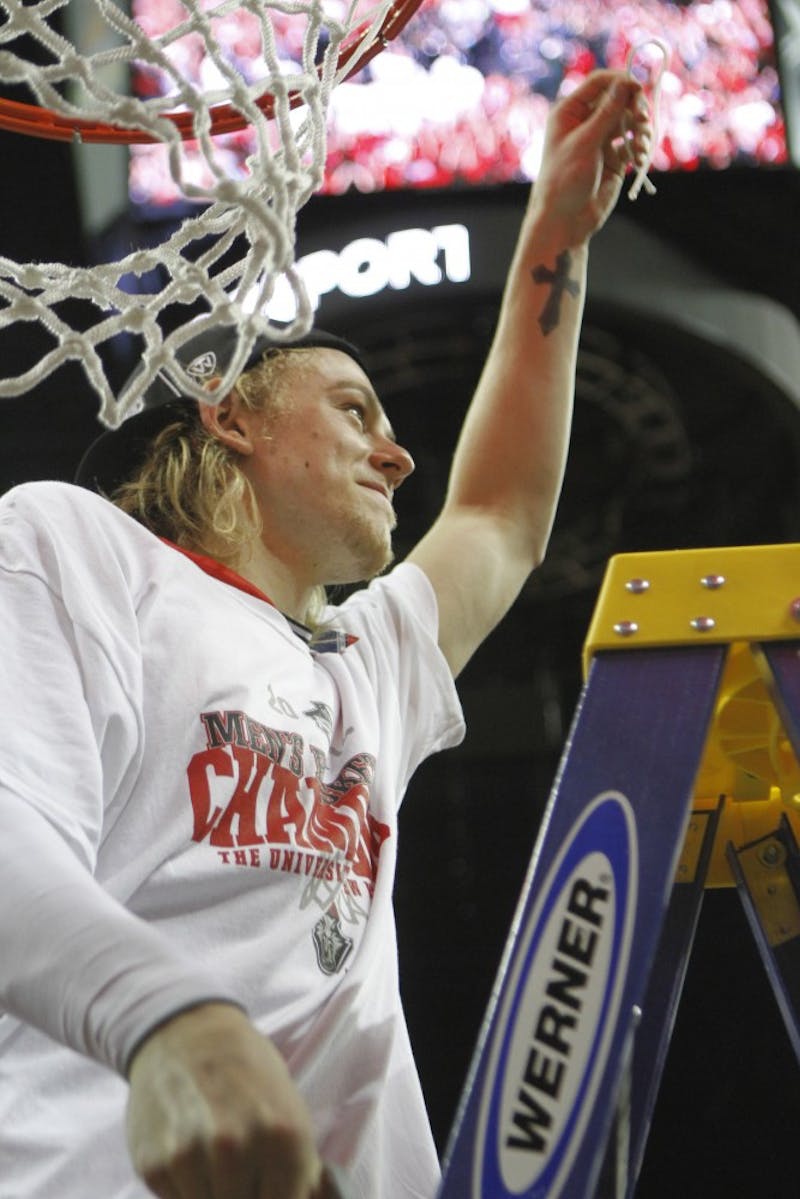 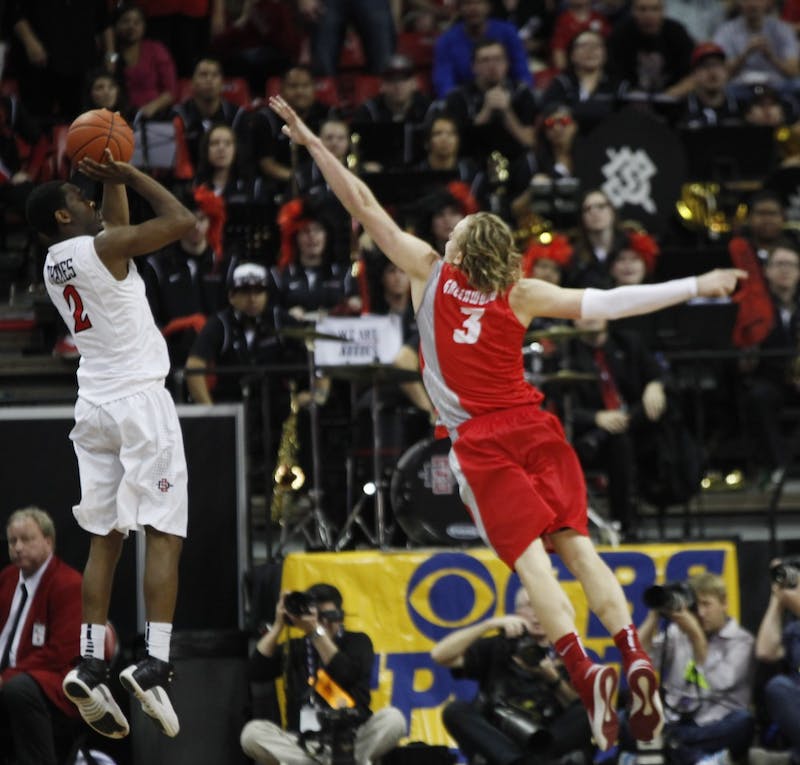 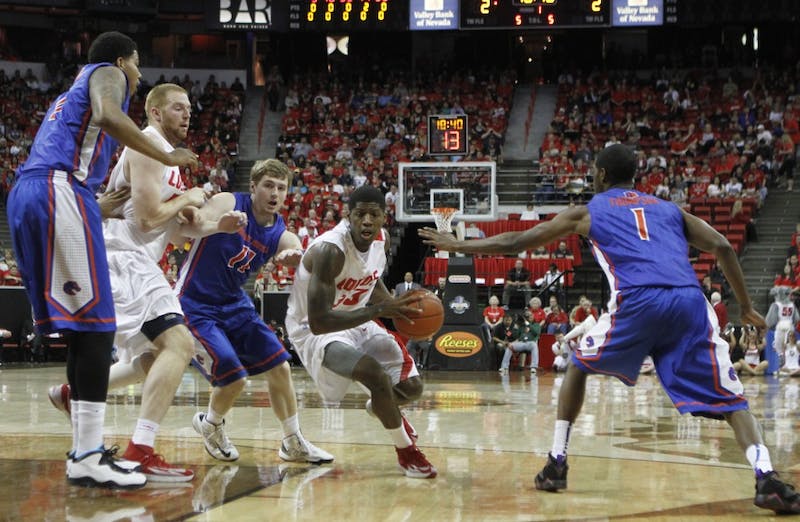 
The Lobos beat Boise State 70-67 to advance to the Mountain West tournament final against San Diego State on Saturday. 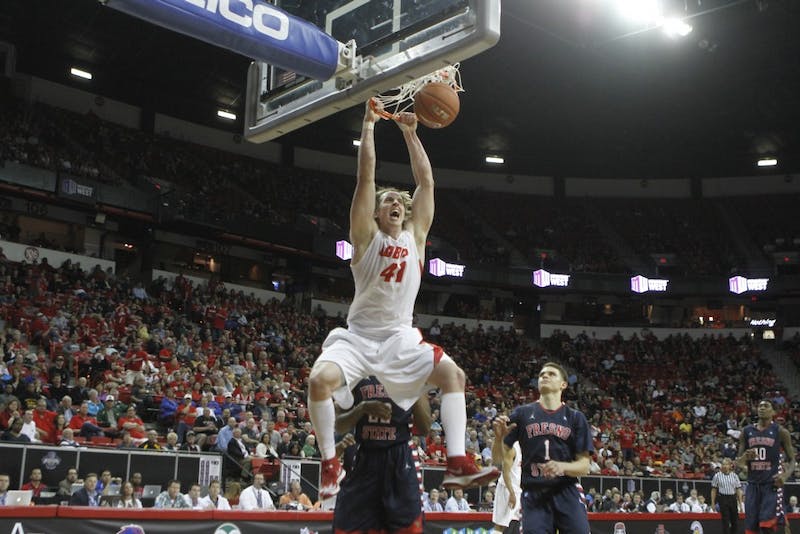 
New Mexico improves to 14-11 all time in the Mountain West tournament with a win against Fresno State Thursday night 93-77. New Mexico will take on the winner of Friday’s semifinal session between Nevada and Boise State. 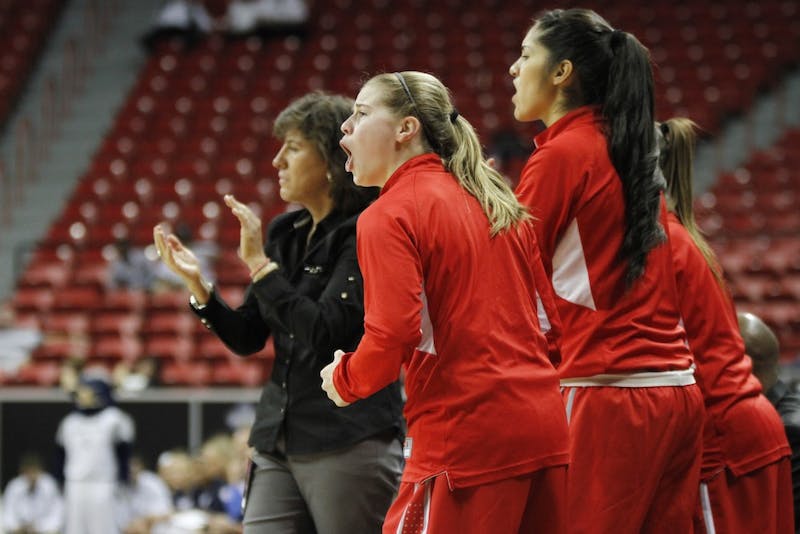 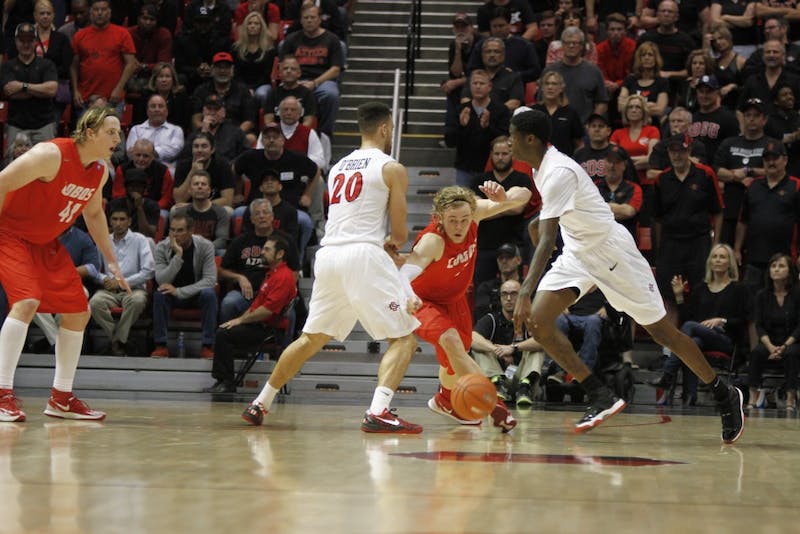 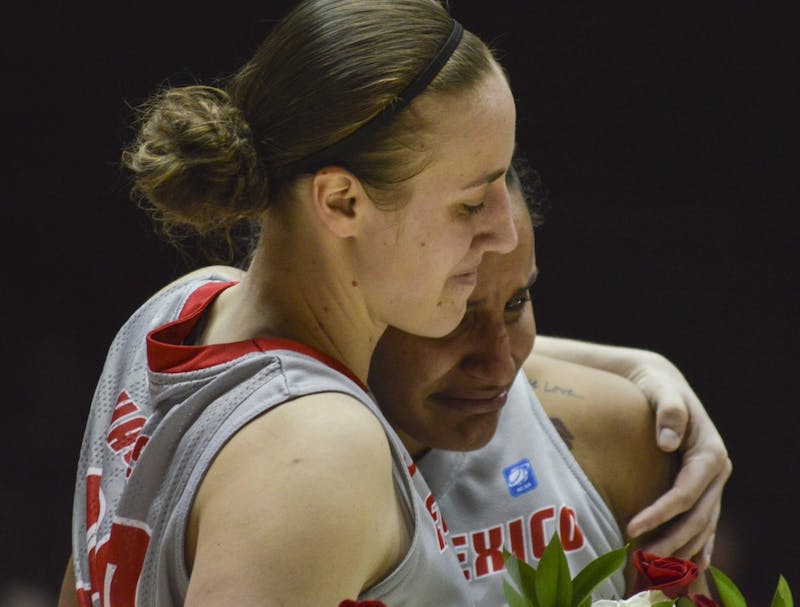 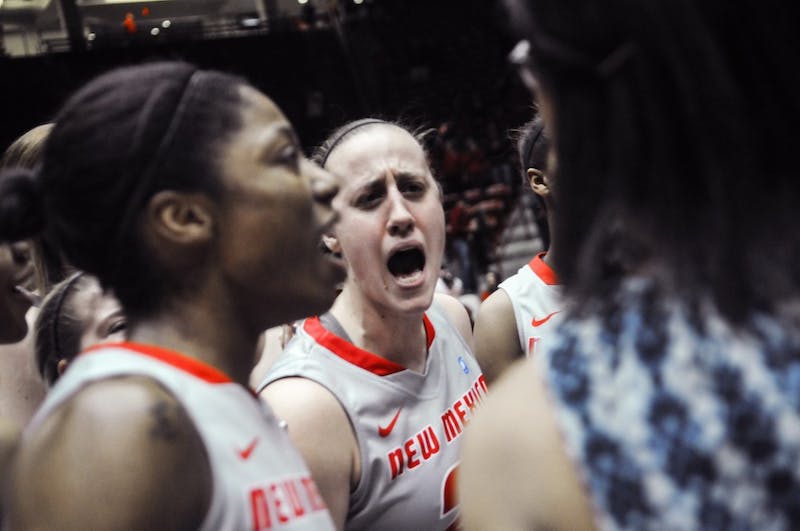 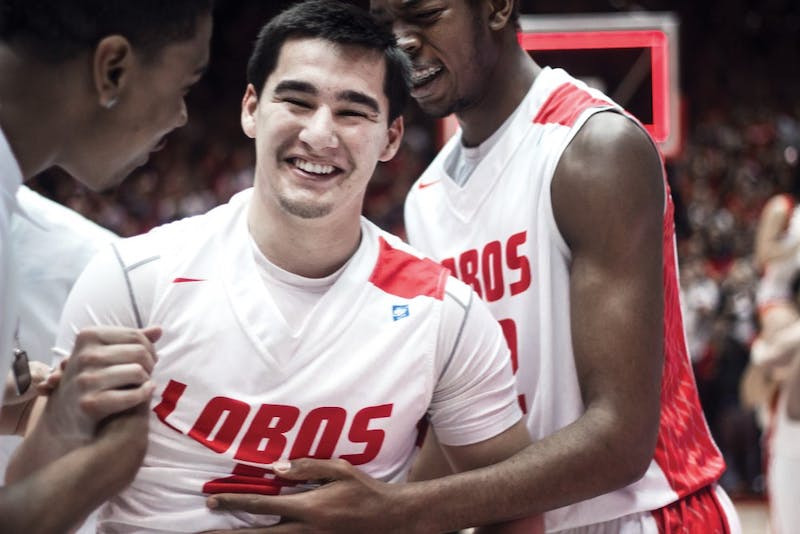 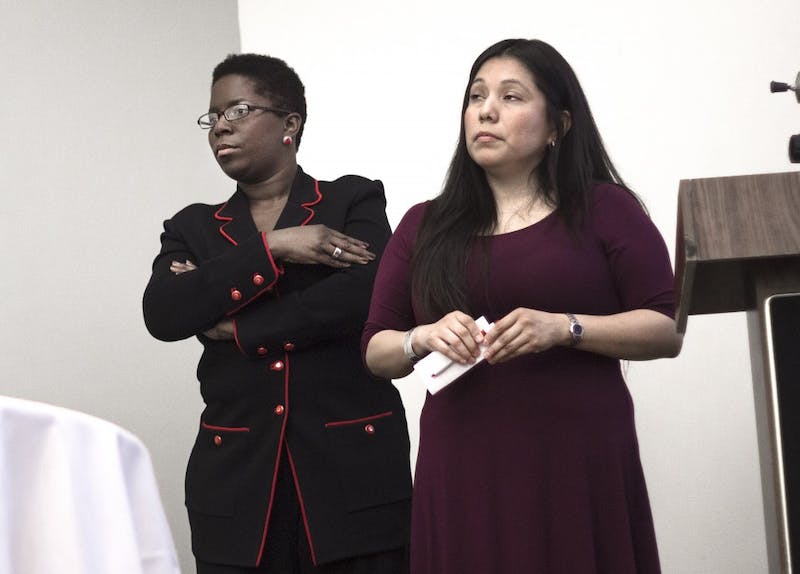 
The U.S. Congress has more female members than ever in the country’s history, but that’s not much to smile about.
Out of its 535 elected officials, only 98 members of Congress are women.
The Elect Her campaign is working hard to change that, Chonya Johnson, one of the campaign’s facilitators, said. Johnson, who worked for more than 10 years with Congress, said she is passionate about the relevance of political policy to everyone.
“What we hope to do is break down some of the barriers women face,” she said. “Government intersects with every area of your life, so you need to be involved.”
The Elect Her: Campus Women Win program began in 2010 as the college-focused arm of Running Start, a program that focuses on helping young women get into the political arena, especially in their college’s student government, according to runningstartonline.org.
While the Associated Students of the University of New Mexico has a long history of including women, Summer Little, the Women’s Resource Center director, said she was excited to have this workshop on campus to encourage women to embrace leadership opportunities wherever they might find them.
“We have a really great history of having more balance in our leadership and we’ve had some great, really strong women leaders,” she said. “We went in a more broad way; we wanted to talk to women who are thinking about running for leadership positions within their own student organizations.”
Earlier this month, Johnson taught a four-hour-long workshop to more than 20 UNM students who learned the skills needed to run successful political campaigns.
Latoya Lozoya, a senior criminology major, said she attended the workshop because she wanted to learn how campaigning strategies could mesh with recruitment strategies for campus organizations.
Rep. Georgene Louis (D-Bernalillo), who spoke at the Elect Her workshop, said her time as an elected official in New Mexico has been fantastic. She is one of 33 women in the New Mexico Legislature.
Louis said she thinks women often take family responsibilities very seriously, which prevents them from entering the political arena.
“Women maybe feel that they have more obligations to their families, especially if they’re raising kids. Whereas a man, we’ve seen many men that have small children. They’ll get into an election, but women always consider everything they’re trying to juggle,” she said.
Rachel Williams, a junior international studies major and ASUNM senator, said she has been an elected official since high school, when she was elected as student body president at Kirtland Central High School.
She said her passion to work with administrators to meet students’ needs when she enrolled at UNM led her to become involved with ASUNM right away.
Williams said she thinks the people at UNM tend to be more open to diversity, which is why women are nearly half of ASUNM senators.
“We are so willing and accepting of new ideas. This idea of women being in positions of leadership, that’s kind of this new idea to the world – to the United States – but that the University of New Mexico, we’re very accepting of that,” she said.
While UNM may have a strong history of women’s leadership in student government, the same cannot be said for other positions on campus, or in the Albuquerque area.
No woman has ever held the position of UNM president or mayor of Albuquerque.
It is statistics like these that make this topic so important on college campuses, Little said.
“Any time we can talk about the skills that help women be leaders in whatever context they exist in, it’s a good thing. When women lead, communities prosper,” she said. 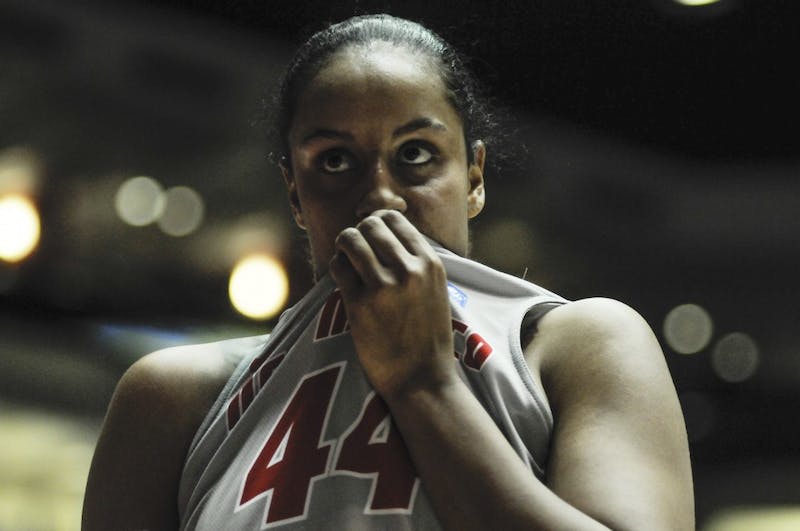 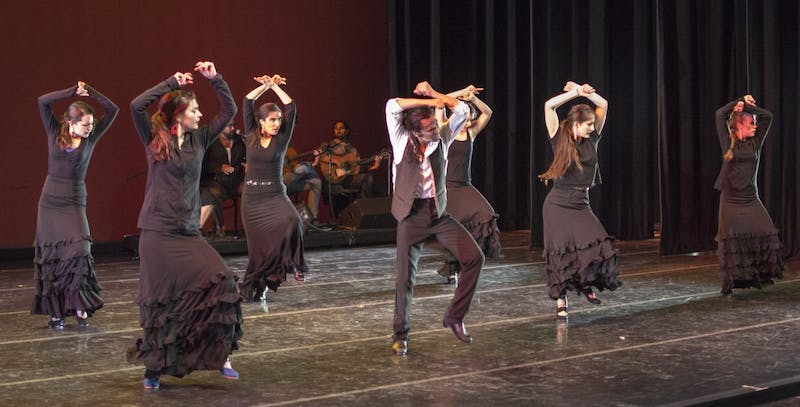