A talk hosted by the UNM Israel Alliance on Thursday turned violent, and footage from the incident has gone viral on YouTube.

In the video, a group of protesters stand up and start chanting in the back of the anthropology lecture hall, where pro-Israel activist Nonie Darwish was in the middle of giving a talk.

As of Sunday afternoon, the video had more than 132,000 hits on YouTube.

Darwish is an author, columnist and activist originally from Egypt. She moved to the U.S. in the ‘70s and converted from Islam to Christianity. She gives talks around the country detailing her experiences living under Shariah law, and is often criticized for propagating hate speech about Muslims, as was the case at UC Berkeley and Brown University. In 2009, an editorial in the New York Daily News reported that Princeton University and Columbia University both canceled talks scheduled to be given by Nonie Darwish on their campuses.

In an interview with the Daily Lobo, Darwish said that, as far as she could tell, the physical altercation at the event was minor. She said event attendees took necessary measures to ensure a safe environment at the talk.

“They didn’t want to give me my right as a woman who lived under oppression, who lived under Shariah law, to give me my chance to talk,” she said. “It was a minor altercation, not a big deal.”
Protester Henry Edwards, who participated in the chant, said one of the protesters suffered a concussion as a result of the incident, and that protesters filed police reports and may press charges against the aggressors.

“She (the protester) does not remember much of the incident because she actually blacked out,” he said. “Our goal was not to derail the event, but just to cause a momentary scene where they had to listen to us.”

The protesters shown chanting in the video were members of the (un)Occupy Albuquerque group.

Members of the UNM chapter of Students for Justice in Palestine attended the event in solidarity with the other protesters, but did not participate in the “mic check” chant, SJP member Elisabeth Perkal said.

Donald Gluck, president of the UNM Israel Alliance, said no one stopped the protesters from handing out fliers, but that when the protesters began chanting they became a safety threat.

Perkal said Darwish’s views on Islam and the conflict between Israel and Palestine are misinformed, and that speakers should not be invited to UNM who promote hatred toward an entire religion.

“We don’t support someone coming to our University who speaks for the annihilation of any group of people,” she said. “She (Darwish) denied Israel’s occupation of Palestine and that’s something we really fight for — to get people to acknowledge and recognize that what Israel is doing is illegal occupation of Palestine.”

Darwish said she does not advocate hatred toward anyone.

The UNM video has been a hot topic on blogs and both pro-Israel and pro-Palestine activism websites.

Darwish said the American “leftists” who oppose her are being fed lies.

“Our young people are being poisoned, told to silence me,” she said. “Our good, American kids are being misinformed.” 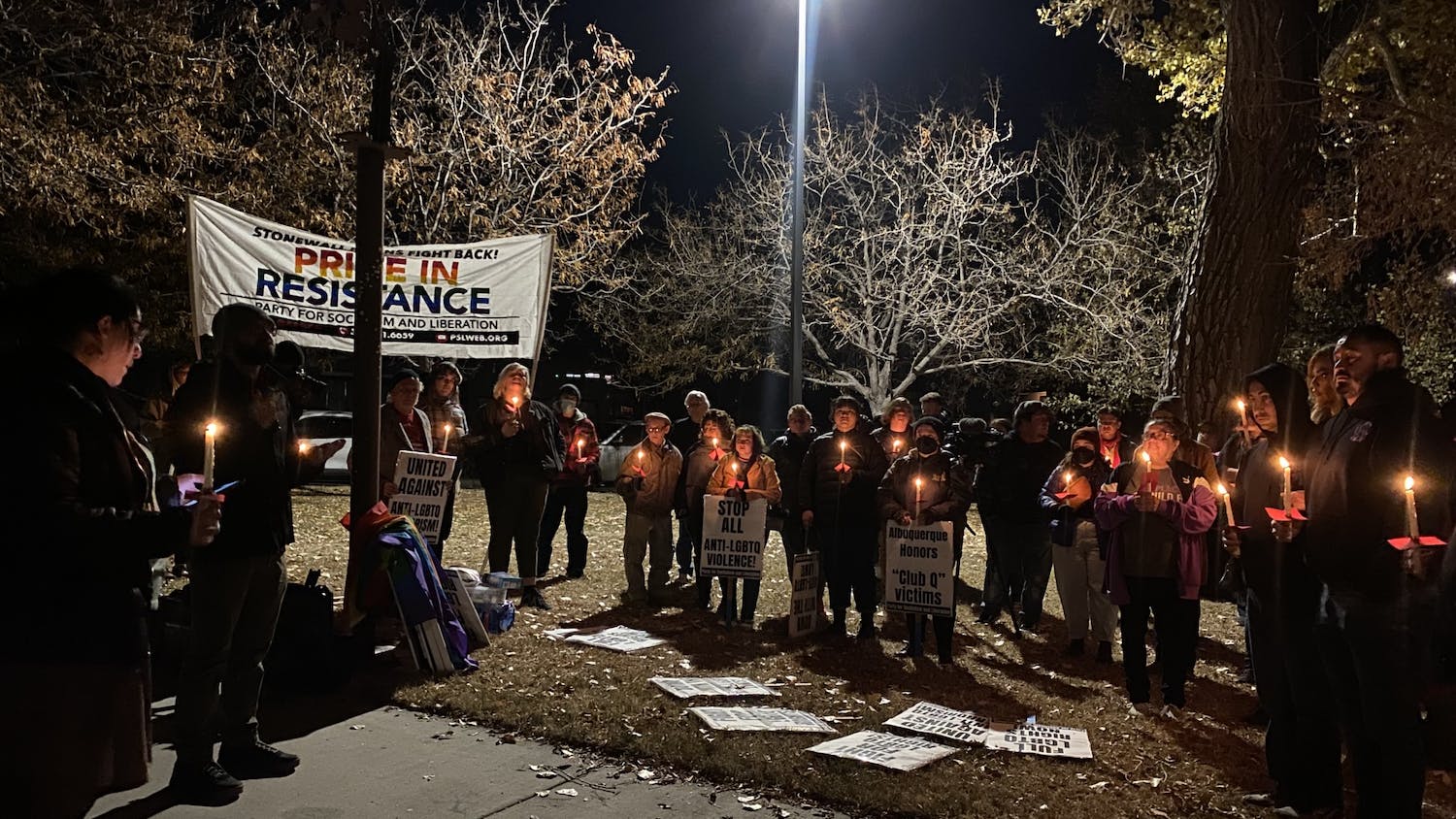