The 14th edition of the New Mexico Bowl was like most football games at Dreamstyle Stadium in 2019: a blowout. However, instead of a University of New Mexico meltdown, the thrashing came via a Central Michigan Chippewas collapse as the San Diego State Aztecs claimed a 48-11 victory on Dec. 21 in front of a modest announced crowd of 18,823.

The final result was never much in doubt after San Diego stretched a 17-point halftime lead into a 31-point cushion with just under seven minutes remaining in the third quarter. Long largely credited his team's defense with securing a victory in his final effort with the Aztecs.

"This is the best defense, obviously, that we've had at San Diego State for the last ten years," Long said at a postgame press conference. "I can't compare them with all the defenses that San Diego State have had, but I bet you it's pretty darn close to maybe the best one they've ever had."

The win put an exclamation point on a 10-3 season for the Aztecs, who last played UNM in a 31-23 win at Dreamstyle Stadium in 2018. The 37-point difference was the largest margin of victory in a bowl game in SDSU history, surpassing the Aztecs' 42-7 domination of Cincinnati in the 2015 Hawaii Bowl.

Central Michigan head coach Jim McElwain, who was named the Mountain West Conference Coach of the Year in 2014 at the end of a brief stint with Colorado State, lauded his team's effort in a year that saw a remarkable turnaround from a dismal one-win season in 2018 to a bowl appearance in his first year as head coach.

"It was an incredible year ... one of the most enjoyable years I've ever had doing this," McElwain told CMU's athletics website. "Great people, great coaches and a group of guys in that locker room that no one gave a chance."

On the first drive for the Central Michigan offense, the Aztecs were able to intercept CMU quarterback Quinten Dormandy at the Chippewas' 32-yard line. San Diego State immediately capitalized, as quarterback Ryan Agnew completed a 22-yard touchdown pass to Jesse Matthews that opened the scoring.

With 5:39 to go in the second quarter, Dormandy’s second interception of the day was picked off by Tariq Thompson at the SDSU 26-yard line. He would rue the giveaway minutes later, as Agnew threw a 74-yard touchdown pass to Matthews on the next play from scrimmage that grew the Aztecs’ lead to 20-3 going into the second half.

"I saw no one was with me, so I kind of had a look around for a quick second, found the lane and I'm just glad I didn't get caught," said Matthews, who shared offensive MVP honors for the contest with running back Jordan Byrd.

Following Chippewa defensive back Alonzo McCoy’s interception of an Agnew pass with 3:15 left in the period, it seemed as though Central Michigan may have finally seized some momentum back from SDSU, but it was not to be. Both teams seemed content in punting the ball back and forth to each other to try and run out the clock for the remainder of the third quarter and much of the fourth.

Dormandy would end the first half and the game with three interceptions, and CMU's five total turnovers on the day ultimately ensured Central Michigan would never get a firm grip on the leverage needed to regain an advantage.

The last noteworthy play came with 5:16 left in the game, as a fumble by Kobe Lewis resulted in a touchdown for the Aztecs and made the score 48-11, which was the final score of the affair.

UNM had previously made four appearances in the New Mexico Bowl, with its last showing yielding a 23-20 win over the University of Texas at San Antonio in 2016. Long led the Lobos to a 23-0 drubbing of the University of Nevada in the bowl game in its second consecutive appearance in 2007 before taking the SDSU top job in 2011.

Spencer Butler is a sports reporter at the Daily Lobo. He can be contacted at sports@dailylobo.com or on Twitter @SpencerButler48 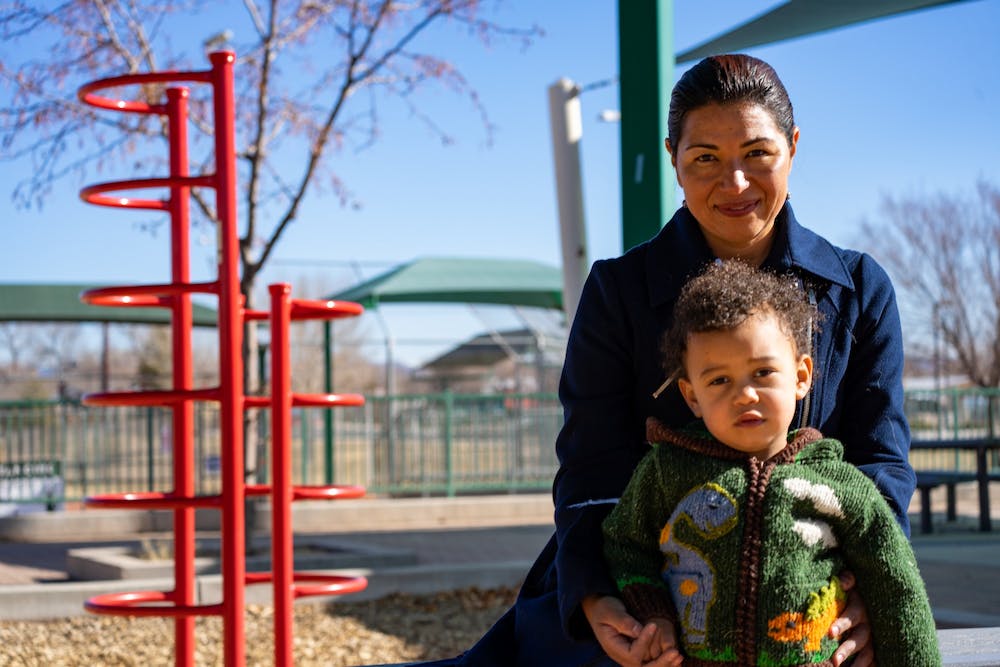