"Take it to the streets and fuck the police. No justice, no peace," protesters chanted during an Albuquerque march and car rally on Thursday evening. The several hundred people in the streets demanded justice for the murder of George Floyd, a 46-year-old Black man, by a white Minneapolis police officer on Monday.

Late in the evening after the initial demonstration had largely dispersed, a SWAT team dispatched for reports of gunfire in the area arrested four people, leading the remaining protesters nearby to go to the scene. Following this, a riot police team arrived on the scene and allegedly injured at least one protester with tear gas canisters.

"After the arrests were made, we were ready to head out," protest organizer Jonathan Juarez-Alonzo said of the escalating police response. "There was never a need for riot cops in the first place."

In the past three days, protests have broken out across the country in response to the killing of Floyd — who was accused of using a counterfeit bill — by Minneapolis police on Monday. Floyd died after white officer Derek Chauvin pinned him to the ground and pressed his knee into his neck for just under 9 minutes, shown in a video taken by a bystander.

Chauvin was charged with third-degree murder and manslaughter on Friday afternoon, according to Hennepin County Attorney Mike Freeman.

The Albuquerque protest began at the corner of Central Avenue and Wyoming Boulevard. Cars with signs featuring phrases like "Justice for Floyd" and "Stop killing us" taped to their windows drove down Central Avenue to Louisiana Boulevard before circling back.

Protesters followed on foot, linking arms and blocking off the intersection of Central and Wyoming.

Speaking into a megaphone as car horns blared in the background, organizers invited individual protesters to make statements. One by one, Black, Latino, indigenous, Muslim and transgender demonstrators spoke out in support of the Minneapolis protests.

"We are out here for our people. We are in solidarity with Minneapolis," one organizer said to the gathered crowd.

Police killings are not a new occurrence in Minneapolis. When police shot 24-year-old Jamar Clark, a Black man who witnesses said was handcuffed at the time of his death in late 2015, months-long protests erupted.

Less than a year later, Philando Castile, a 32-year-old Black man, was killed by police in nearby Falcon Heights, Minn. during a traffic stop.

These killings aren't isolated events but instead are part of a national pattern of systemic police murder of Black people. Tony McDade, Eric Garner, Michael Brown, Freddie Gray, Sandra Bland and Alton Sterling are among the lengthy list of Black people dead at the hands of law enforcement officers in recent years.

The Albuquerque protest was organized by Building Power for Black New Mexico, Fight For Our Lives (FFOL), Millions for Prisoners New Mexico, Southwest Save the Kids from Incarceration and John Brown Breakfast Club, some of which are local affiliates of national organizations.

Juarez-Alonzo, the president and co-founder of Albuquerque-based direct action youth network FFOL, said that these organizations have been working together on other social justice campaigns, from feeding at-risk families during the pandemic to protesting at prison facilities for the release of inmates who are at risk of contracting coronavirus.

"Rapid response mobilization is nothing new to us — this is what we do," Juarez-Alonzo said.

Selinda Guerrero, a community organizer for Forward Together, said in an interview Friday, "We have had our own 'I can't breathe' murders here in New Mexico. Vicente Villela was murdered by (Metropolitan Detention Center staff) just last year in the same way."

The Albuquerque Journal reported Villela, 37, died in February 2019. According to documents and video evidence, Villela died after corrections officers had him lie prone on his stomach, facedown, as "multiple officers" held his limbs and another knelt on his back.

An autopsy report listed his death as a homicide from "mechanical asphyxia in the setting of physical restraint" with "toxic effects of methamphetamine" as a contributing factor, according to an Office of the Medical Examiner report.

While such displays of malicious violence weren't present at the Albuquerque demonstration on Thursday night as protests wracked a country at a breaking point, a tense standoff nevertheless ensued after darkness enveloped the city.

At around 11:30 p.m., tensions were high as a small crowd faced off with riot police at Central and Mesilla, a few blocks away from the earlier demonstration. Police said they were in the area investigating reports of multiple shots being fired from a moving vehicle.

Juarez-Alonzo was at the scene along with other organizers.

He said that his group was still demonstrating at Wyoming and Central when they got word that officers had stopped three juveniles and one adult who were suspects in the shooting reports. When his group arrived, SWAT officers in full body armor wielding semi-automatic weapons were present, along with an armored vehicle.

The protesters yelled "Hands up, don't shoot" — a familiar cry in Black Lives Matter protests — and declared that they weren't armed.

Shortly after, police arrested the three juveniles and one adult, and the SWAT officers as well as the protesters got ready to leave. Then, riot police, coming southbound on Mesilla, arrived on the scene and formed three lines.

Eventually, two lines of police got into buses to leave. The third line was getting ready to do the same when police threw gas canisters into the crowd. Juarez-Alonzo and Courtney Montoya, an organizer with Millions for Prisoners New Mexico, both said several protesters were hit with the canisters, and at least one woman had burns on her leg.

In a police press conference Friday morning, Albuquerque Police Department Deputy Chief Harold Medina said that he wasn't sure what kind of gas was used, but that it was most likely tear gas. Protesters maintain that it was indeed tear gas.

After throwing the canisters, police withdrew.

In another press conference Friday morning, Albuquerque Mayor Tim Keller said that there will be an investigation into the tactics used by the police on Thursday night.

"The Police Oversight Board will in no doubt be involved in this, as will all the independent folks associated with the Department of Justice. We are one of the most watched departments in the country by independent folks, and this case will be no different," he said.

One individual asked Keller why the same show of force wasn't used at the anti-lockdown protest in late April. A small crowd of protesters demanding that New Mexico reopen, including several armed militia members, convened at Civic Plaza without incident.

Keller turned the question over to APD Chief Mike Geier.

"I think it's important to remember and understand that we do prepare for all gatherings and all protests the same way. Our officers last night were deployed because we were no longer dealing with a protest," Geier said.

During the police press conference Friday, Medina said police wouldn't have used the level of force they did had they not been responding to shots fired. When asked, he said that no weapon was found and the four individuals arrested have been released.

"Shots are fired in this city every damn night, and this is not the response," Montoya said.

Editor's note: This article has been updated to reflect that the circumstance leading up to George Floyd's murder was his alleged use of a counterfeit bill rather than a bad check.

Bella Davis is a senior reporter at the Daily Lobo. She can be contacted at news@dailylobo.com or on Twitter @bladvs 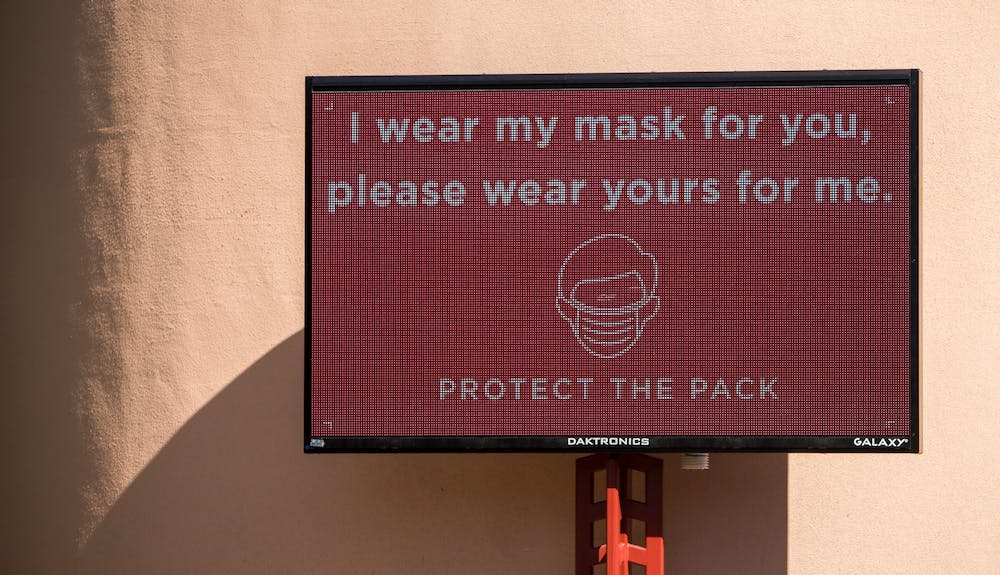 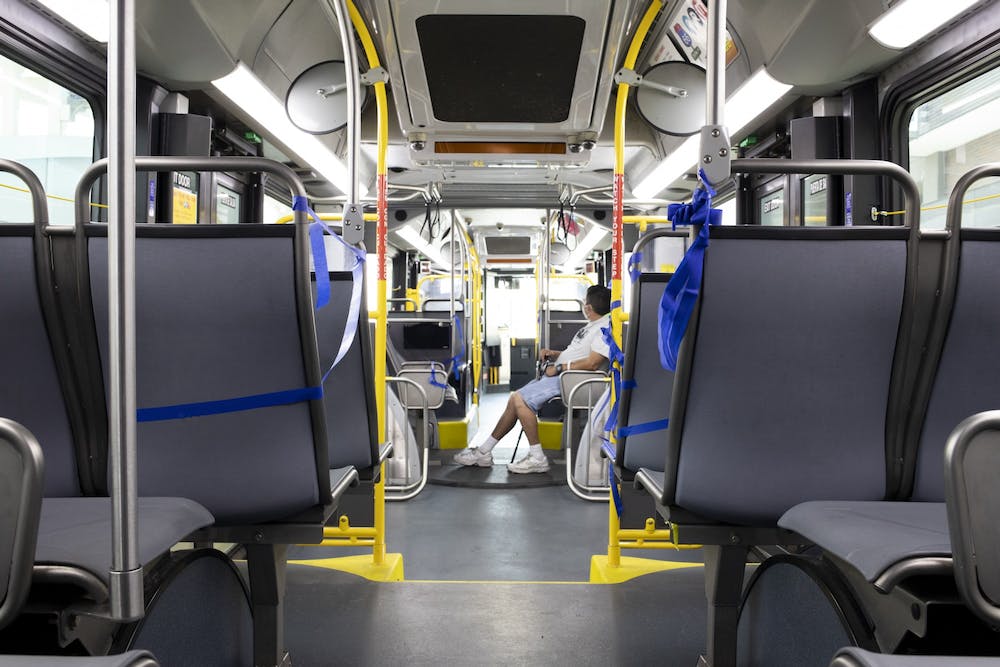 Irene Vasquez emphasizes the importance of Latinx history in education