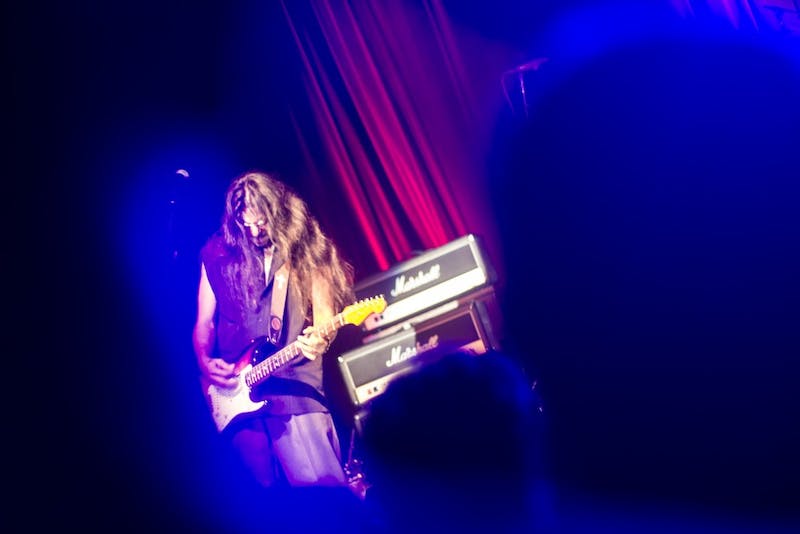 
Los Lonely Boys performed with Del Castillo at The Showroom inside Isleta Resort & Casino on Aug 22. 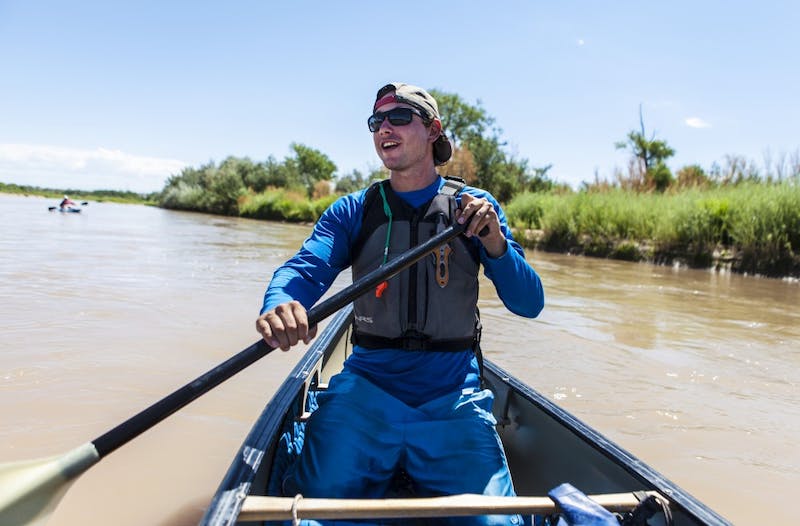 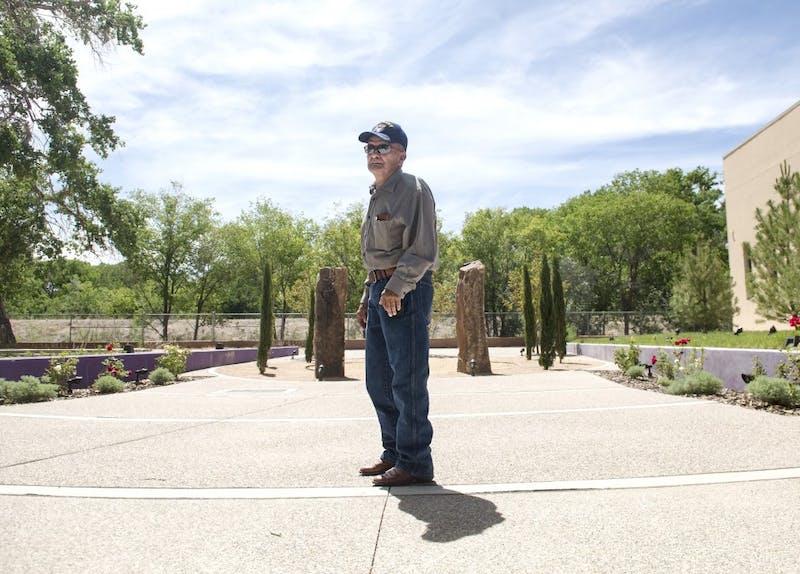 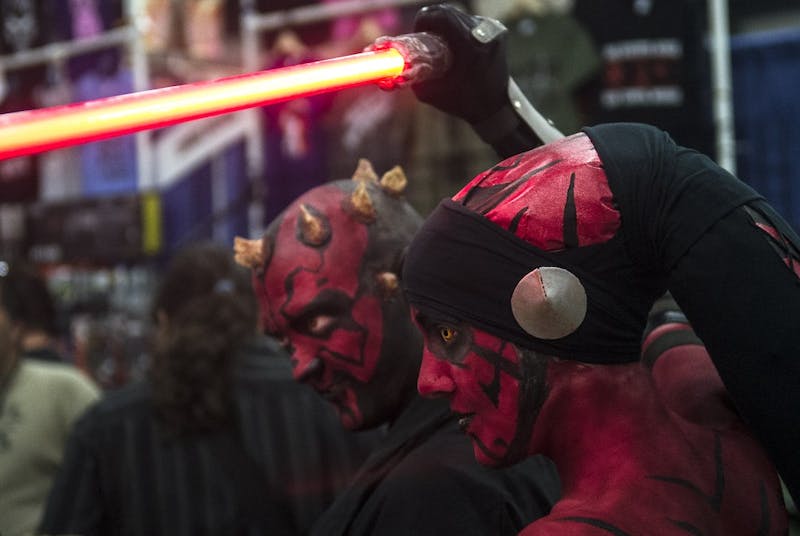 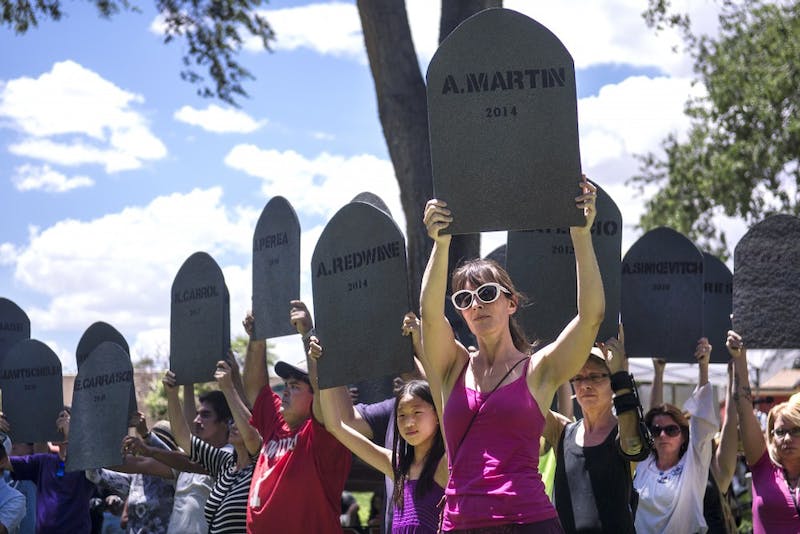 
The Albuquerque community came together on June 21 to demand justice and accountability from APD. 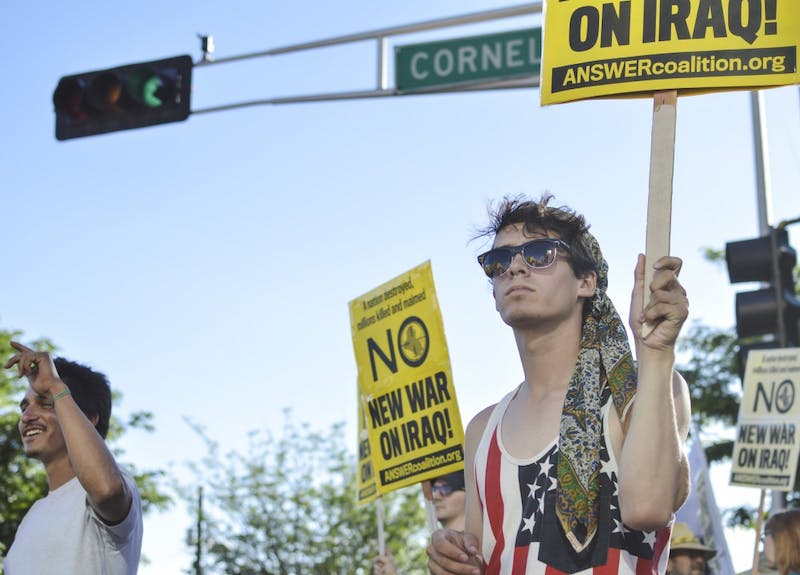 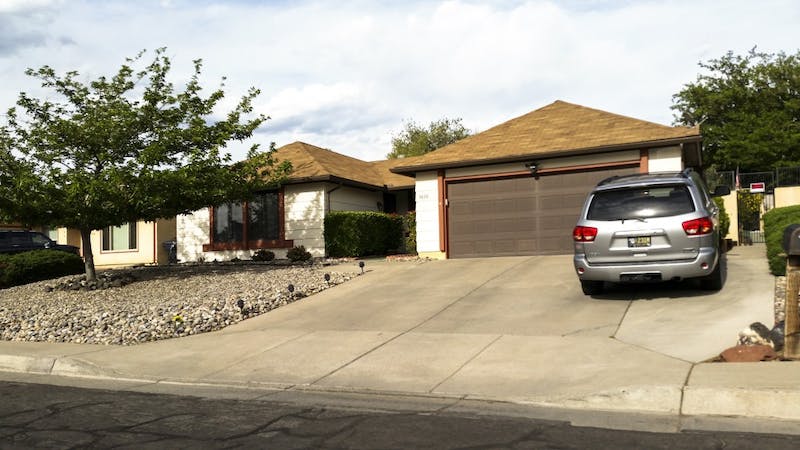 'Breaking Bad' pilgrimage: A visual tour of the hit show


Filming of the “Breaking Bad” spinoff, “Better Call Saul” began in Albuquerque last week. In honor of the show and its award-winning predecessor, chase the ghost of Heisenberg and take a do-it-yourself “Breaking Bad” tour, from Heisenberg’s house to Jesse’s home and, of course, Saul Goodman’s office.

Scroll down for photos and addresses from the sites. 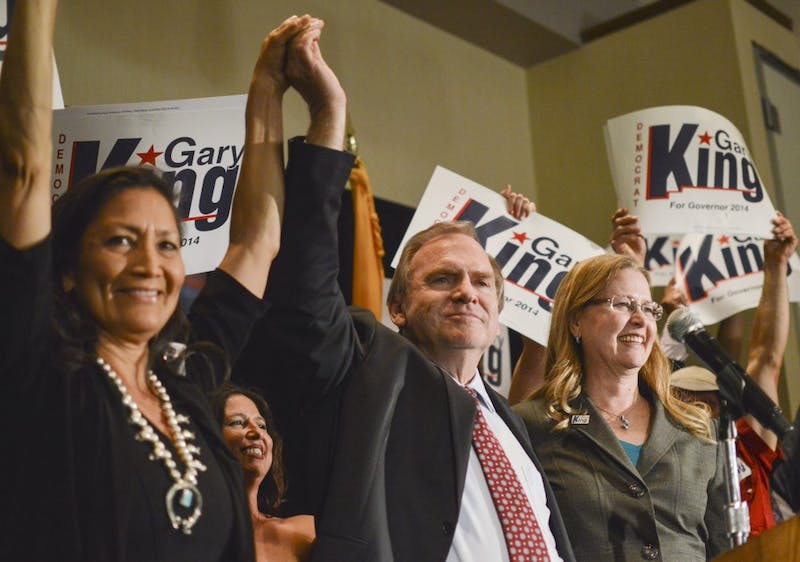 The 2014 New Mexico gubernatorial election will take place on November 4, 2014. 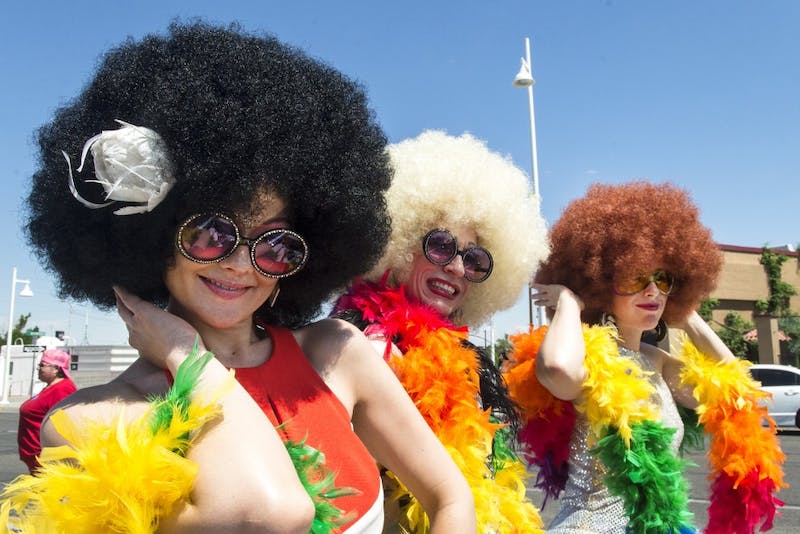 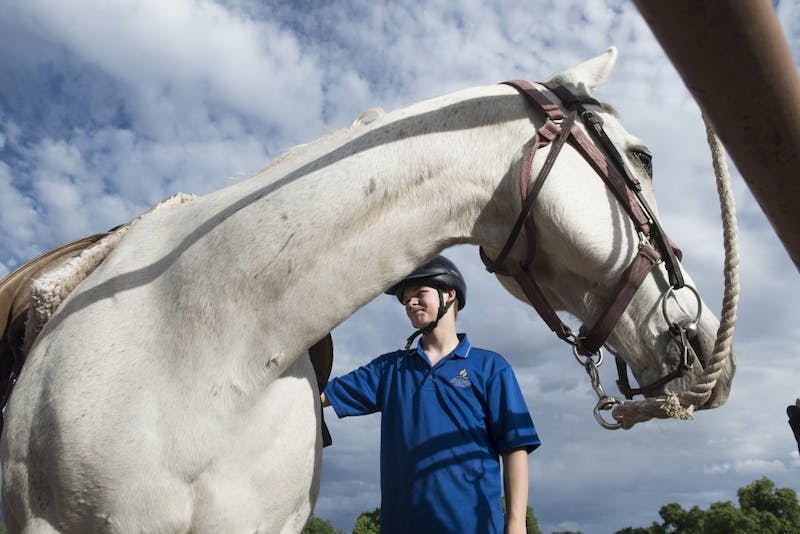 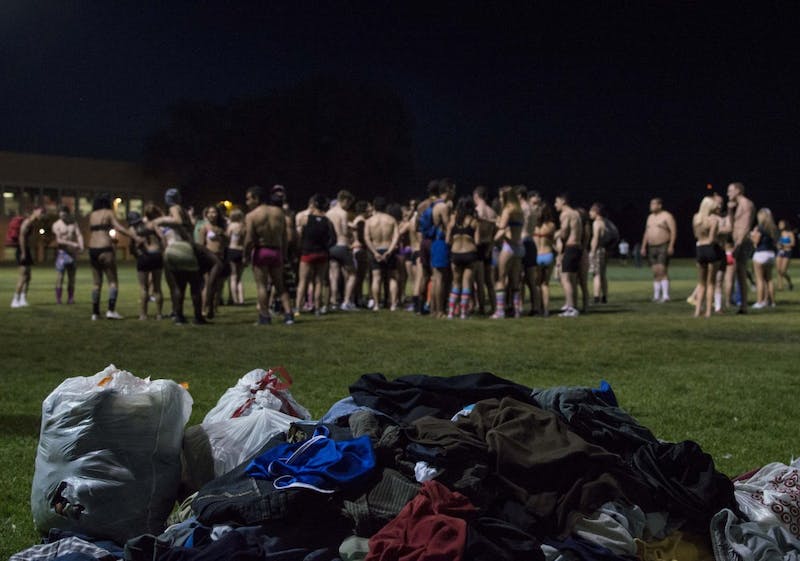 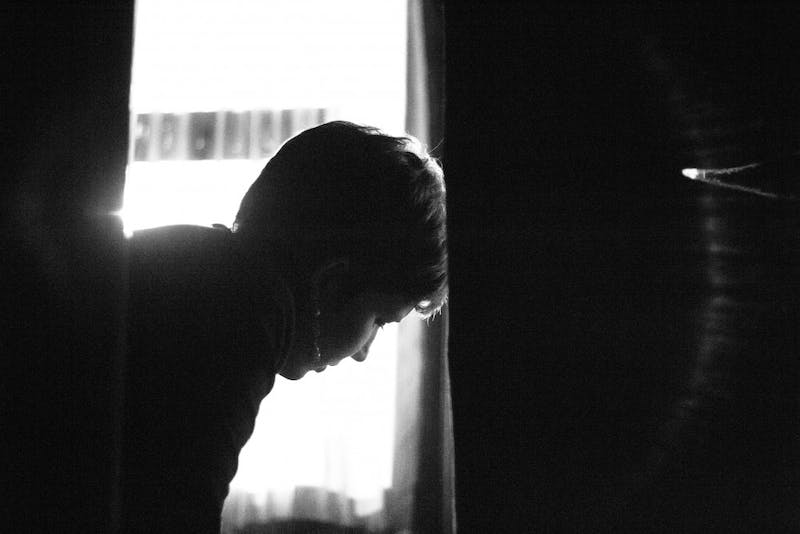 Behind The Laughter by Sergio Jiménez/@SXfoto


If laughter is the best medicine, then The Show has the cure. The Show, Albuquerque’s very own critically acclaimed improv comedy troupe, has had audiences chuckling for more than two years at The Box Performance Space and Improv Theatre downtown.

Behind the laughter though are countless hours of devotion and dedication for the improvisers to perfect their craft. Melissa Heiman, The Show manager and performer, has been doing improv for about five years and knows very well the ins and outs of improvisational performance.

Before a performance, as the audience awaits the entrance of the improvisers with excitement, the backstage becomes a methodical and even zen-like setting.

“We have several things we do to get ready (before going on stage), including a vocal warm-up. But it’s mostly about checking in with each other and getting focused so that we can put on the best show possible,” Heiman said.

Chemistry among improvisers has been the key for putting on a good show night after night. “Having good chemistry is one of many keys to a successful improv show. We are very lucky in our group. We all get along very well and have a lot of fun playing together,” Heiman said.

The dynamic between the improvisers and audience is also just as crucial. “People are drawn to improv because it’s always different. Because the performance is based on audience suggestions, there is always something people can relate to. The interplay between the audience and performers is dynamic, so it’s interesting and always really fun,” Heiman said.

With the seats regularly being filled during the performances, do not be surprised if the fun improv comedy experience that The Show brings becomes a staple in downtown Albuquerque and has audiences laughing for years to come.

“We enjoy making people laugh and giving audiences something unexpected. One of the great things about improvisational comedy is that you never know what to expect, which makes it fun for everyone – the performers and the audience. Knowing that you’re working together to make people laugh is very rewarding,” Heiman said. 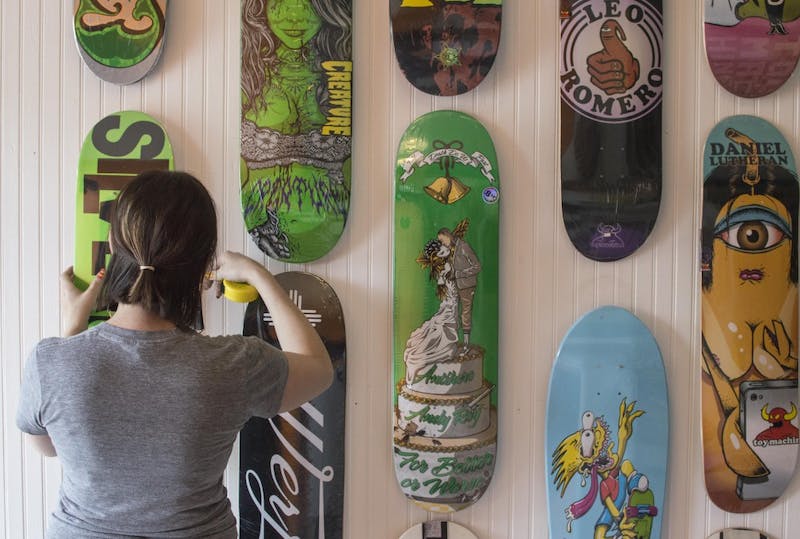 
Nicole Montes first picked up a skateboard when she was in middle school. Nearly 20 years later, she is the owner of Silver Skate Shop on Central near UNM. Montes said she considers the kids who come into shop as family.

“A lot of these kids I have known for 10 plus years now,” she said.

She wants the customers to get the best gear they can use for a long time, she said.

“My job isn’t necessarily to just sell skateboards, but to sell a skateboard that you will ride for the rest of your life and enjoy and love,” Montes said.

Montes opened her shop in late 2003 and ran it for eight years before taking a break for three. Montes re-opened Silver Skate Shop a little over five months ago.

Along with Silver Skate Shop, Nicole also works as a bartender at Sister Bar in downtown Albuquerque. She said after working at Sister Bar for more than a year, she decided she had enough money to reopen her local business.

Like the kids who come to her skate shop, Montes said the employees at Sister Bar are also like family to her.

“I always try to say, as much as I love my blood family, that it’s not just about blood,” she said. “You can choose your family, you really can. Family are the people who support you and who you support and the people you like to hang out with and have those similar interests.” 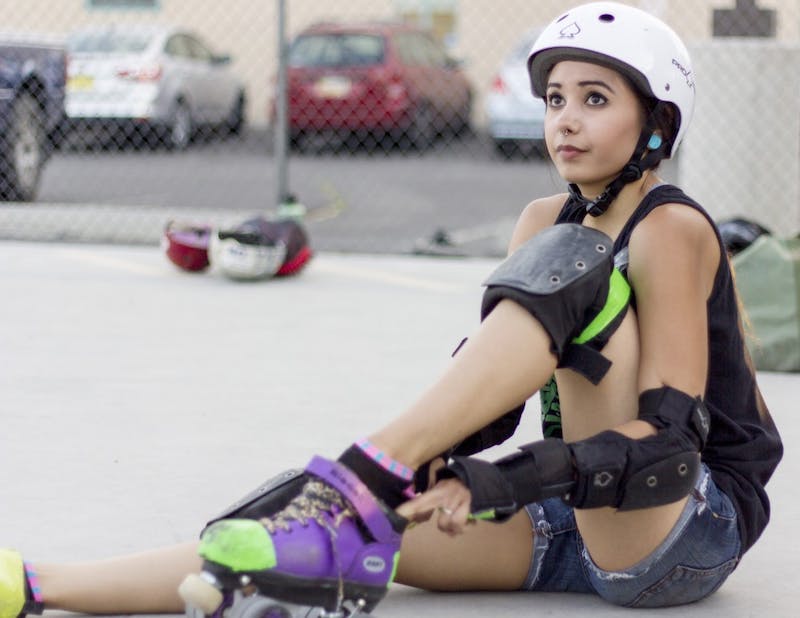 
Brittany Orozco, a 20-year-old CNM psychology student, has been learning roller derby for 3 months. Everything started when one of her friends, who knew she liked the sport, told her about a roller derby game flyer.

When Orozco went to see it, discovered that everyone interested in being a “derby girl” could sign up and get started, since then, she is part of the Roller Derby learning crew held by the Duke City Roller Derby, the New Mexico’s first All Women’s Flat Track Roller Derby League since 2005.

Roller derby is a growing contact sport in America, predominantly female, played on roller skates. The revival of roller derby took place in the early 2000s, in Austin, Texas. It is a contest between two teams, held on a circular track, in which the teams race around the track in each unit of play, working to free the teammates for the opportunity to score by lapping one or more opponents. Equipment required for the game are quad skates, elbow pads, wrist guards and mouth guard.

The Duke City Roller Derby club has three teams: two travel teams, the All-Star travel team named Muñecas Muertas and the Juggernaughties; and it junior team, the Marionettes from age 10 to 17. The members of the league offer practices from 6 to 8:30 p.m. every monday at the Heights Community Center, to those who want to learn roller derby, providing equipment for the trainings.

“It has been difficult but mostly fun,” Orozco said.

Orozco is looking to improve her skills and pass the “skill test”, a test supported by the league every month where participants are tested to see if they can play games with one of the teams and finally get to play in a game. 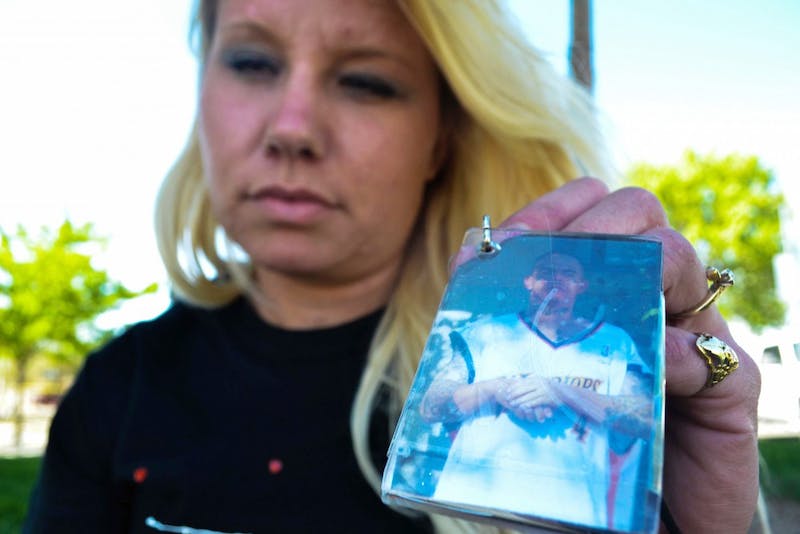 
Local activist Mary Jobe scribbled on the ground with a stick while sitting on the grass at Mesa Vista Community Center on May 3. She drew a heart next to the phrase, “RIP Oreo,” then sprinkled little yellow flowers all over the doodle.

“He had drug problems, but he wasn’t violent,” she said. “He didn’t support his habits in a violent way. He was not a violent man. He was a wonderful father. He was actually the one who attended all the parent conferences and took the kids to their doctor’s appointments because I was always working during the day.”

Jobe’s husband Daniel Tillison was shot dead by an Albuquerque Police Department officer in 2012 just one block from the community center. The officer, who APD subsequently identified to have been diagnosed with post-traumatic stress disorder, thought Tillison’s cell phone was a gun, she said.

APD has been involved in 25 fatal shootings since 2010.

At the time, Jobe’s daughter was 3 years old while her sons Davontate and Isaiah were 7 and 9 respectively. He said their father’s death has had long-term effects on them.

“My kids cry for their dad all the time,” she said. “My youngest daughter has PTSD. She’s terrified of police. My older son has a lot of anger issues. He’s having a lot of trouble because of his dad’s passing.”

Jobe, 30, is now one of the most prominent organizers in the APD protester movement, she said. To push for the prosecution of APD officers involved in shootings, she passes petitions for a grand jury investigation of police around town.

“Even with money, if we get a settlement, I’m still going to continue to fight for justice,” she said. “I’ll fight tooth and nail until I’m six feet in the ground if I have to.” 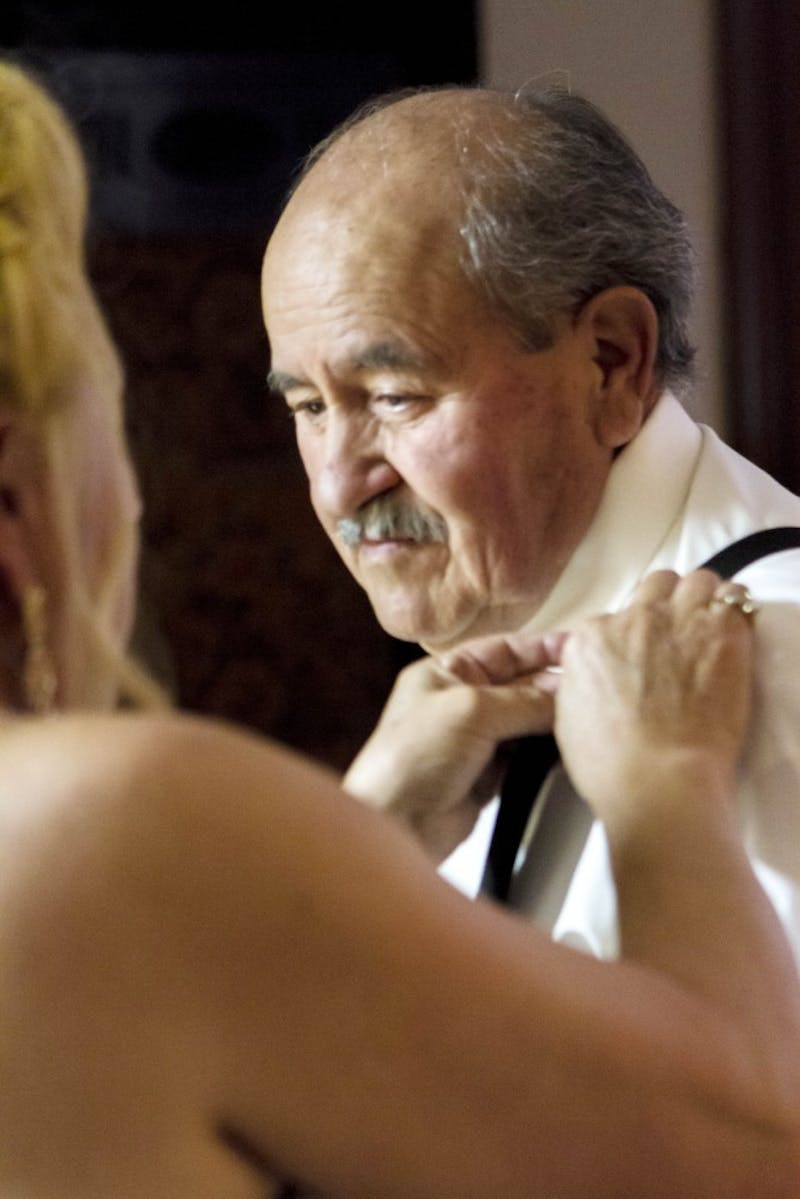 50 Years of Love and Respect by Aaron Sweet/@AaronCSweet


Lilly Trujillo smiles as she thinks back over the past 50 years, “You know when you see birds and they kiss, then you see stars, I know it sounds silly, but I did. Man what a wonderful thing it is if you stick together.”

Lilly and Carlos Trujillo met at Garfield junior high school. Carlos, a good friend of Lilly’s brother, told her at that time that he was going to marry her one day. Little did they know at that time this would become reality just a few years later. They began dating during their sophomore year in high school, and married a year after graduation.

Tonight, 52 years after they started dating, Lilly helps Carlos adjust his suspenders, moments before they enter the 50-year anniversary masquerade party their children, grandchildren, great-grandchildren and friends have thrown them. Lilly and Carlos have both dedicated their lives to their children, and to others’ children who were in need of their guidance and influence.
“I believe it’s not you at that moment, there are times when you are together, but it’s your children. You make sure they are safe, and stay focused. When the children left, we kept our focus on each other,” Lilly said. She explained that she believes that this kept their relationship strong and kept them together.

Although Lilly admits that she likes to be the boss, she says that the secret to staying together is to respect each other, even if there is a disagreement, You should respect one another’s feelings.

“You should never be disrespected. If you are in harmony, it’s wonderful. But if you have fallen out of love, then respect each other enough to leave. If it’s not working, and you have tried but are miserable, then get out.” Lilly said. 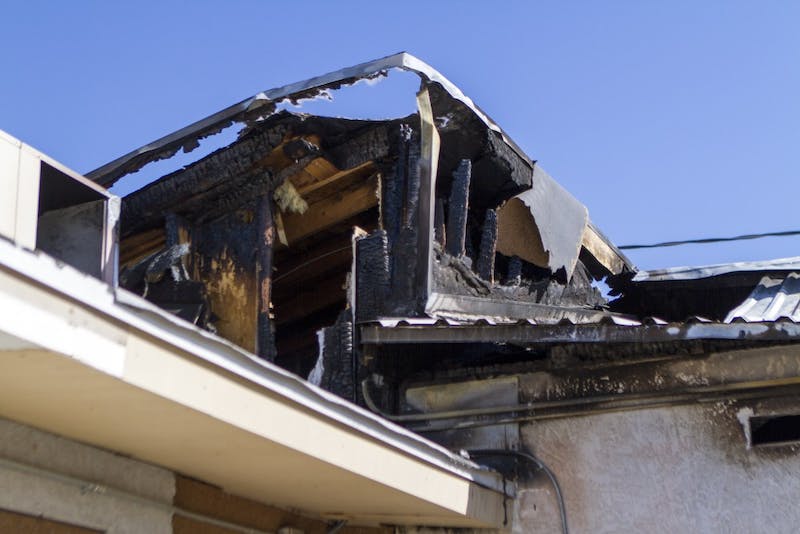 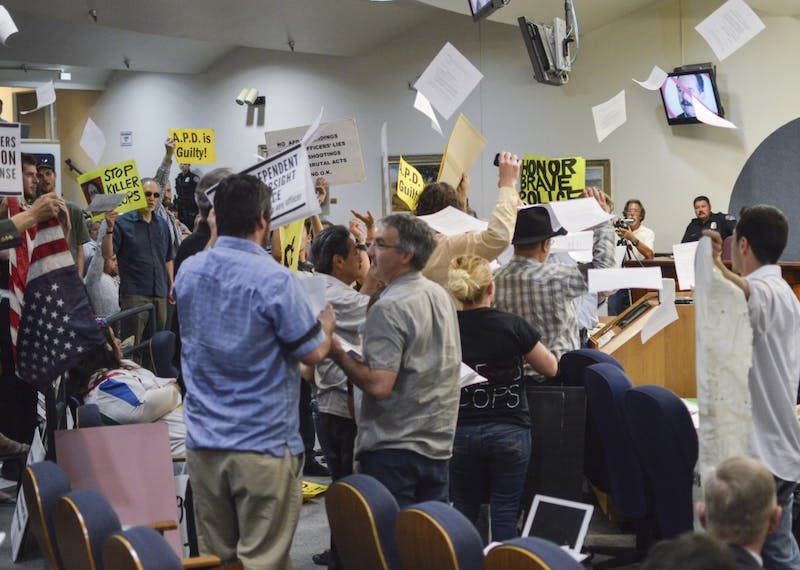 
Protesters take over a city council meeting held at the Vincent E. Griego Chambers at City Hall on Monday afternoon. The protesters demanded the recall of Mayor Richard Berry and served an “arrest warrant” to Albuquerque Police Chief Gorden Eden. 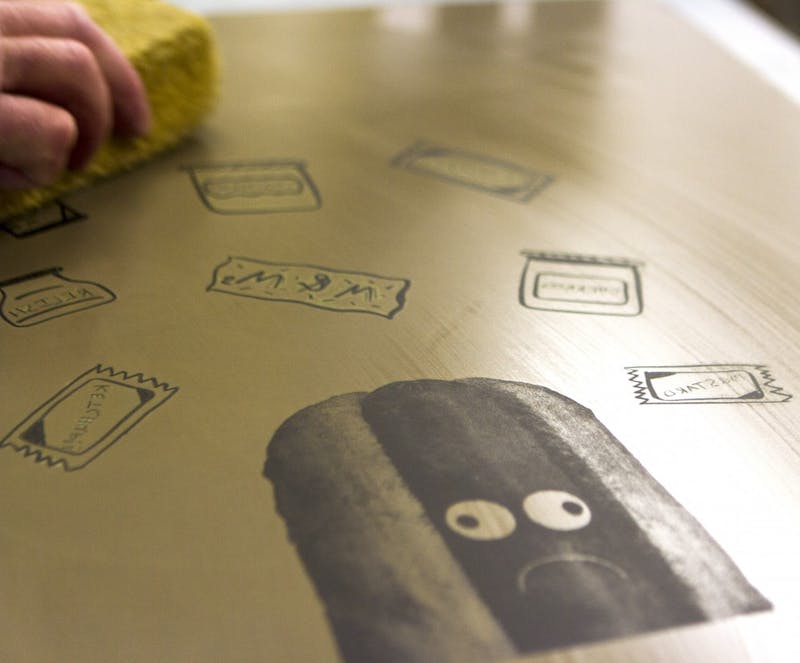 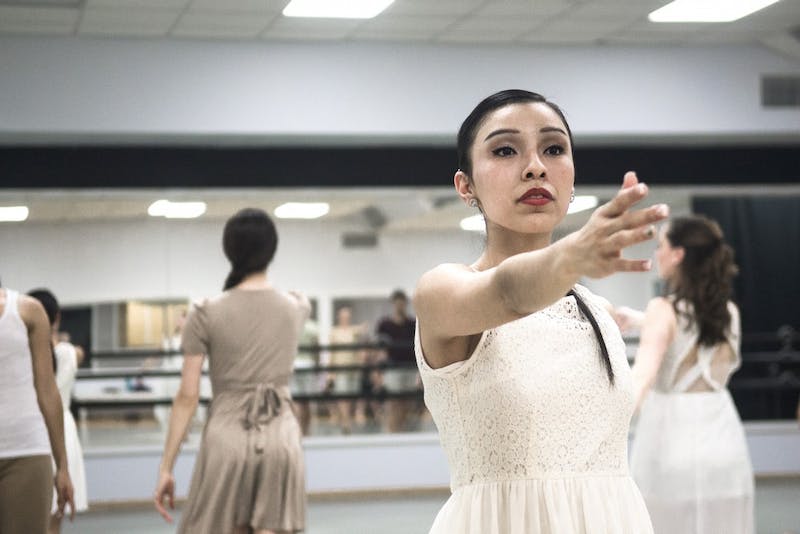 
The New Mexico Ballet Company is trying to help dancers with the cost of their shoes and other supplies with the Dancers Relief Fund Showcase on April 26.