Five and Why: With associate film professor James Stone

James Stone, an associate professor of cinematic arts, teaches international horror film, the cinema of Alfred Hitchcock and silent films. His expertise on these subjects grants him a way of looking at film that many viewers may not be familiar with. Here are the top five movies that appeal to Stone’s unique perspective.

“It’s the first movie that made me realize what cinema was capable of. I probably saw it in my mid-teens, and up to that point movies were just entertainment. Suddenly I thought, ‘wow, there’s so much potential here.’ It’s a very dark film, both in its subject matter and the way it looks … It’s set in a bleak, barren Texas countryside, and strangely enough it’s one of the movies that made me want to move from the U.K. to the Southwest. I love the way the Coens move their camera so effectively. It’s a movie filled with beautiful, graceful tracking shots; it also has a lot of jittery hand-held shots for the action sequences. I fell in love with their strange choice of imagery … It’s an odd and wonderful choice, and the movie is filled with them.”

2.“A Woman Under the Influence” directed by John Cassavetes

“The first thing to say about Cassavetes’ movies is that they aren’t pretty. It’s really raw stuff. It’s unfinished, it’s purposely unpolished (and) it’s completely bereft of Hollywood glamour. It’s a very hard movie to watch, but I think what I love about it is that by the end of it, you feel like you’ve been through something. The filmmaker has taken you and shaken you, beaten you up a little bit. He doesn’t want to entertain you in a conventional sense -- he wants you to live with his people and go through what they’re going through, so if there’s any entertainment, it’s that. You’re grabbed by the scruff of the neck and dragged through this very difficult space.” 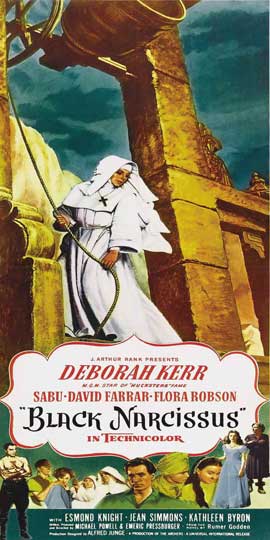 “It’s filmed in Technicolor, which is why it’s such a lush, sensual film. I would almost say it’s tactile as an experience -- you can feel the textures of the jungle (and) the force of the wind, and it uses the Technicolor camera to capture, in great effect, nature. It’s about a group of Anglican Nuns, individuals that have retreated from the sensuous world. The movie places them in surroundings that won’t let them hide; these women have to face all their hidden desires. It has my favorite movie villain, Sister Ruth, the nun that sheds her religious garb and puts on red lipstick and a red dress to pursue a man.”

4.“The Spirit of the Beehive” directed by Víctor Erice

“I think it’s the best movie about childhood. It’s specifically about the lawlessness and the openness to experience that children go through, (and) to what extent are they creatures of instinct. I think it’s a movie that understands the appeal of silence. So many movies are big, noisy and explosive productions in many ways. Then you have a movie like this that understands subtle sounds and whispers, (like) two little children whispering to each other right before they’re about to go to sleep. Ticking clocks, ticking watches, the sounds of breathing. It’s a very minimalistic movie; it doesn’t crowd the frame. It’s about an emotional bareness as well as a physical one, since it’s based on the Spanish plains.”

5.“The Unknown” by Tod Browning

“I love silent movies, and this is a wonderfully twisted tale. Lon Chaney plays a circus performer who’s in love with a woman who hates to be touched. So to please her, he has both of his arms surgically removed and then she changes her mind. Now she loves to be touched and is to be married to another man, so Chaney’s character loses his mind and plots his revenge, and it will take place within the circus. It involves tearing the romantic rival’s arms apart. It’s a great horror movie (because it’s) the epitome of a twisted tale.”

Nick Fojud is the photo editor for the Daily Lobo. He can be reached at photoeditor@dailylobo.com or on Twitter @NFojud.