With early voting well underway — and set to end on Saturday ahead of Election Day — New Mexicans have a lengthy list of choices on the ballot designed to make improvements to the infrastructure, resources and livability of the city of Albuquerque itself. The following is a breakdown of what general obligation bonds are for, where the money would go if approved by voters and whether or not you should vote for a particular allocation of taxpayer-subsidized funding.

Bond B: Library funding on the ballot

The general obligation (GO) bond B is a funding package that would issue $9.7 million in funding for tribal, school, academic and public library improvements.

If approved, $3 million would be distributed to school, academic and public libraries statewide, while tribal libraries would receive $500,000.

The improvements on the bond are listed for “equipment, library furniture, fixtures and supplemental library resource acquisitions, including print, non-print and electronic resources, collaborative library resources and information technology projects, and for the purchase and installation of broadband internet equipment.”

University libraries would benefit from this package, according to the University of New Mexico Newsroom. The Santa Fe New Mexican and the New Mexico Library Association also support the bond.

Mark Emmons, associate dean in the UNM College of University Libraries and Learning Sciences, didn’t express either support or opposition for the library bond due to UNM’s policy on political activity but wrote in an email to the Daily Lobo that the funding would be essential for library materials for business, engineering and humanities studies, among others.“

“We would not be able to afford all of these information sources without the generosity of our New Mexico voters,” Emmons said.

Jess Ward, the state affairs director for the conservative grassroots organization National Taxpayers Union, expressed that voters should vote no on bond B — as well as the two other GO bonds — due to negative financial circumstances imposed by the coronavirus pandemic.

“I think we need to be asking ourselves: ‘Is this essential during a time in which we have high unemployment, we have businesses that are going under and taxpayers are scrapped?’” Ward said.

New Mexico has had all but one of 25 bond measurements pass on the ballot since 2006. In 2010, the GO bond for higher education failed.

Bond C: $51 million for UNM in the balance

For the UNM community, bond C is assuredly the most important one of the election.

Bond C would allocate almost $154 million towards higher education, special schools and tribal schools. If passed, $51.4 million would go toward various renovations and improvements to facilities at UNM and its branch campuses.

According to UNM’s campaign on bonds up for consideration that would directly impact the University, $30 million of what UNM would receive from bond C would assist in the creation of a new building to serve both the College of Nursing and the College of Population Health.

The building’s project website said that the new construction is necessary to accommodate anticipated increases in enrollment within the nursing and population health colleges, as well as to fill the growing need for more registered nurses in New Mexico.

Such a large cash infusion would be paramount for the University’s planned expansion of the two colleges: KRQE reported on Oct. 11 that budget readjustments in July and October resulted in a $20 million cut from state appropriations for the University.

In a statement from UNM President Garnett Stokes to the Daily Lobo, Stokes wrote that funding from the higher education bond would be essential for students’ education.

“Funds from (bond C) will invest in the state-owned facilities we taxpayers have already paid for,” Stokes said. “They will allow colleges, universities and schools to repair and renovate their facilities, improve safety and update their technology. New Mexico students need and deserve to study and learn in safe, modern facilities and have access to up-to-date technology.”

Opponents, including the state Republican Party, are concerned about balancing the state’s checkbook during a precarious financial period ignited by the pandemic. As of this year, New Mexico’s accrued debt from GO bonds alone is almost $500 million, up from $300 million in 2017.

“During a time of such uncertainty and unemployment caused by COVID-19 and the Gov. Lujan Grisham’s response, now is not the appropriate time to borrow big and pay the price of future indebtedness,” the state party wrote in an email on Oct. 10.

In contrast, UNM spokesperson Cinnamon Blair said that if New Mexicans vote against bond C, they won’t see any savings in the short-term.

“Bond C will not raise property tax rates,” Blair said in an email to the Daily Lobo. “It is not a new tax, but a continuation of an existing property tax. If bond C does not pass, property tax rates will not necessarily go down. In 2010, the GO bond for higher education failed, and to the best of our knowledge, property taxes did not decrease in a single New Mexico county following that election.”

Bond #2: $4 million+ for law enforcement amid calls to defund police

Bond #2, one of Bernalillo County’s bond initiatives for 2020, would issue just over $4 million for county law enforcement facilities and vehicle fleets as part of a larger, $13.5 million public safety bond issuance.

The objective would be to “rehabilitate and upgrade existing facilities to make them more efficient and stable; … reduce energy use, maintenance costs and nonrenewable energy use; prolong the life of county facilities; make ADA upgrades to county facilities; and replace fleet, vehicle and heavy equipment,” according to the county’s capital improvement website.

The bond would fund new community improvements, including a downtown parking lot and a food hub in the South Valley that would purportedly serve as an economic development center.

However, with the Black Lives Matter movement seeing a massive resurgence across the state and the country, there have been calls to defund the police and decrease spending on public safety. If the bond were approved, just over $4 million of the bond money would go to fleet vehicles, the Metropolitan Detention Center and improvements to the “Youth Services Center,” a juvenile detention center in an industrial area north of downtown.

The New Mexico Black Leadership Council voiced support for the bond, decrying the disproportionate incarceration rates seen in the United States compared to the rest of the developed world.

“While we hope for a day when the need for youth and adult detention facilities will be obviated, we understand realistically that these buildings, like all others, require attention, repair and maintenance,” the organization said in the statement. “Voting no on these bonds will not make them go away, and deferring upgrades will result in these buildings falling further into disrepair — we see no upside there.”

Other activists voiced concerns about funneling more public money into institutions that harm, rather than help, their communities.

“It is not public safety when you are investing money into structures that are literally contributing to the violence that marginalized groups of people experience,” Nikki Archuleta, a Black Lives Matter activist, said. “It pushes more money into privatized corporations … and wastes taxpayers’ dollars.

Archuleta criticized how the bond was packaged, denouncing what she saw as a lack of transparency and political maneuvering to combine funding for law enforcement with other public safety programs that she views as more effective.

“This is a purposeful tactic. It makes it (less) forthcoming to the public … and forces people in a space where they have to choose,” Archuleta said. “How is the current structure helping (the) youth? If they were to invest that money in actually creating programs that keep children out of those spaces, it would be more productive than spending thousands on a building.”

The transportation bond package would allocate $4 million for maintenance and repairs of streets and sidewalks in Bernalillo County.

The transportation bond is a key component of the county’s six-year capital improvement plan which, as described in promotional videos, is meant to “support public safety, quality of life and basic infrastructure.”

Some of the main arteries that will receive maintenance and repairs include the Alameda Drain Trail, Rio Bravo Boulevard, Isleta Boulevard and Bridge Boulevard.

“Bonds are essentially just ways for the government to pay for improvements when they don’t have the capital to do it,” Tom Thorpe, a spokesperson for Bernalillo County, said.

Thorpe said the funds raised from bonds are used to put all planned county projects up for a bid for construction companies to fulfill.

Jose Atencio, the business manager of the Laborers International Union which represents construction workers in Albuquerque, said, “We are for anything that brings work into the city.”

Bond #6:  A pittance for the public — housing, that is

GO Bond #6 would provide $1.5 million for improving public housing across the county.

Specifically, the bond aims to upgrade multi-family housing for low income and unhoused persons, as well as for senior citizens and persons with disabilities.

The bond calls for a monetary amount not exceeding $1.5 million “for the purpose of acquiring property, designing, upgrading, planning, constructing and equipping housing facilities within the county, including but not limited to energy efficiency and other improvements.”

Patrize Lucero, the special projects coordinator for the Bernalillo Housing Authority, spoke about how $500,000 from the bond would go toward maintaining the multi-family units in the Southwest Valley, which are one of few of the affordable housing options in the area.

“We are requesting the $500,000 dollars for some landscaping, irrigation and tree removal,” Lucero said. “The water lines are really old, as these complexes were built in the 1980s.”

Alongside providing funding for several senior housing facilities, the bond would also evaluate health and safety measures within the living communities and propose security initiatives, such as better cameras and increased lighting.

Lucero said that the ongoing pandemic has created a sense of urgency to make the necessary housing improvements that bond $6 would provide, as individuals who quarantine within the county’s multi-family housing complexes need comfortable living conditions more than ever.

“These families deserve the same quality of life that everyone else does,” Lucero said.

Megan Gleason is the culture editor at the Daily Lobo. She can be contacted at culture@dailylobo.com or on Twitter @fabflutist2716

Nikita Jaiswal is a freelance reporter at the Daily Lobo. She can be contacted at news@dailylobo.com or on Twitter @DailyLobo

Alex McCausland is the Editor-in-Chief of the Daily Lobo. He can be contacted at editorinchief@dailylobo.com or on Twitter @alexkmccausland

Beatrice Nisoli is a senior reporter at the Daily Lobo. She can be contacted at news@dailylobo.com or on Twitter @BeatriceNisoli

Madeline Pukite is a freelance reporter at the Daily Lobo. She can be contacted at news@dailylobo.com or on Twitter @madelinepukite

UNM provost: Spring break to continue as usual, with precautions 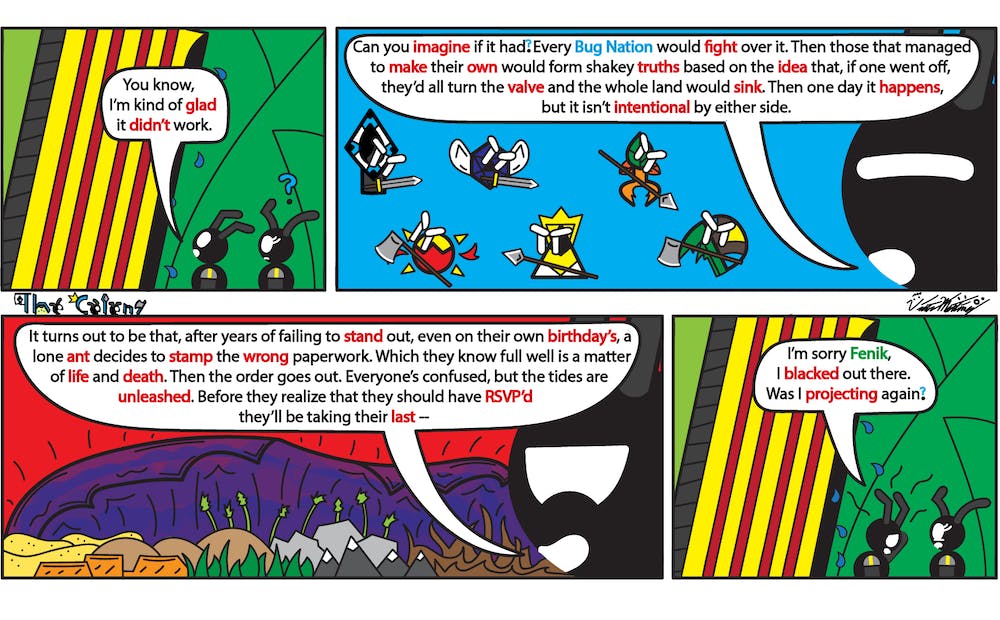 Hare-raising: Over 100 rabbits available for adoption 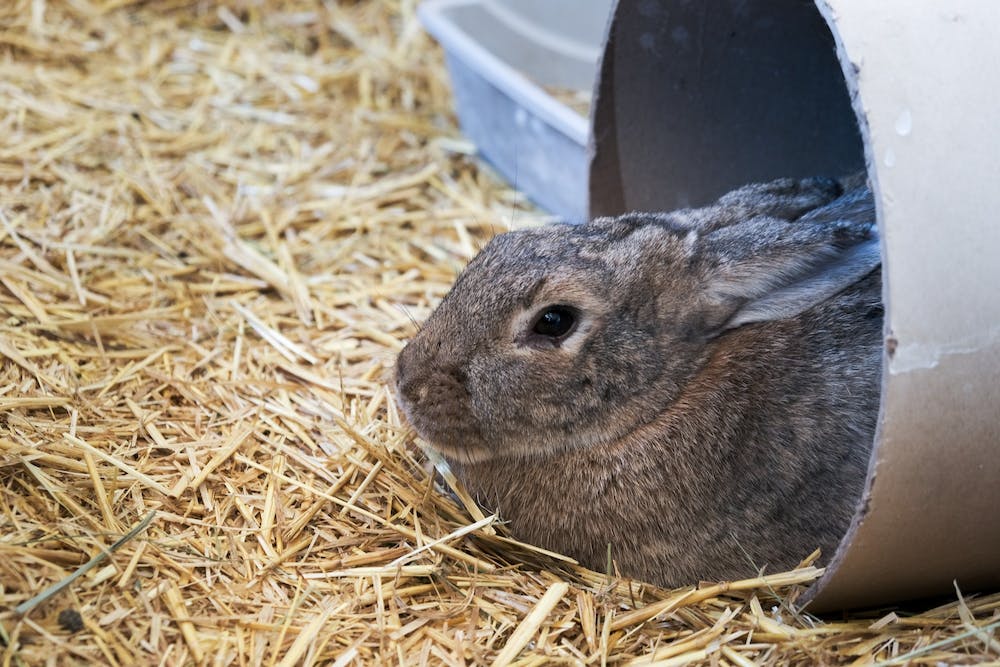