The undead apocalypse starts today.
Zombies were seen last night emerging from the Frontier Restaurant and have since proliferated across campus.
Sightings have been confirmed near Johnson Field, the SUB and around the Duck Pond. Be advised: The zombies are biting.

Chief Zombie Survivalist David Lopez has been on scene since the outbreak last night. He said people looking to avoid infection should tread carefully around the zombies.
“Right now, they seem only to be attacking people with special blood types designated by wristbands,” he said. “Everyone else should be safe, unless they don’t want to be …”

He warned that zombies are green, and possibly wearing tattered clothes. They are also hungry for brains and will troll campus looking for victims. He said he can’t give a solid definition for all zombies around campus because they are likely in different phases of infection. He warned that anyone displaying zombie-like behavior is probably a zombie.

“I mean, if they are stumbling, it’s better to be safe than sorry. This is a zombie apocalypse after all,” he said.
Lopez said the invasion started low-key. Only some of his friends knew of the impending invasion, around 50 infected, but somehow word got out on Facebook, and the disease spread rapidly.

“It’s just blossomed into this giant thing,” he said. “Everyone else seems excited, but I am kind of worried. Zombies are a hungry bunch, and there’s a chance it might get out of control if people are too reckless.”

He said any real-looking gun will create more problems than it will solve.

“Real guns will drive the zombies into a frenzy, and it’s likely there will be terrible consequences for everyone involved,” he said. “So if survivors want to wield a weapon, they have got to be sure it’s specially zombie-certified.”

Lopez will be situated in a booth near the attacking zombies to offer survivors advice.

He did have some good news: At the time of press, he said it seemed that the zombies were in full force now, but it seems highly likely they will run out of food around 2 p.m.

“And when that happens there won’t be any issues anymore,” he said. The survivors will be fine, the zombies will shrivel up, and the military will be recalled. If the virus dies, it will be as though it never even happened.”

Note: Lopez said UNM officials have been warned about the problem, and they are coping with it as best as they can. Many of them, he said, declined to participate in the invasion and are hiding in their offices.

Lopez said as long as everyone follows invasion rules, mainly the one concerning guns, everyone should be safe and unscathed by the end of the day, except, you know, for the zombies.

“All in all, it could even be fun,” he said. “It could be scary, but who hasn’t fantasized about being in a zombie apocalypse?”

There will be spilled brains.

Luckily for you, the innocent potential zombie meal, the Daily Lobo compiled a list of combat tips in the extremely likely event that you have to fight an undead army to keep your precious gray matter safe:

Go for the head. A zombie will not die unless its rotten brain is destroyed. Although it may be missing both arms and legs and be dripping its entrails behind as it ambles toward you, it is not dead unless the head is destroyed.

Boards are not going to keep anything out. Zombies will break through them in short order. Without full-scale armor plating, you’re screwed. And even if you’re in, say, a triple-armor-plated fallout shelter, they’ll probably get in through the ventilation shaft.
Pretending to be a zombie occasionally works. For some reason, zombies only like living brains, so practice your ambling.

Zombies are scared of fire. Torches are always a good idea, at least until someone knocks it over and it burns your shelter down.
The army will eventually show up and take care of things, after which you will live in a dystopian quarantine zone under the fascist gaze of a tyrannical dictator.

Speaking of the Army, the Lobo managed to assemble some advice straight from the military. How to kill a zombie, in the words of soldier Charles Faust:

“Get to high ground. Zombies are not so good at climbing. It’s always easier to fight going down. And stock up on food and water before they try to defend themselves. And fight in a group, always.”

“I use an M16 and grenade launcher. And a crossbow.”

“We’ve got face paint, and uh … Actually, we haven’t done too much preparation now that I think about it.”
“I heard it’s going to travel from campus to the Duck Pond.”

OK, on second thought, waiting around for the Army might not be the best idea. So prepare your torches. 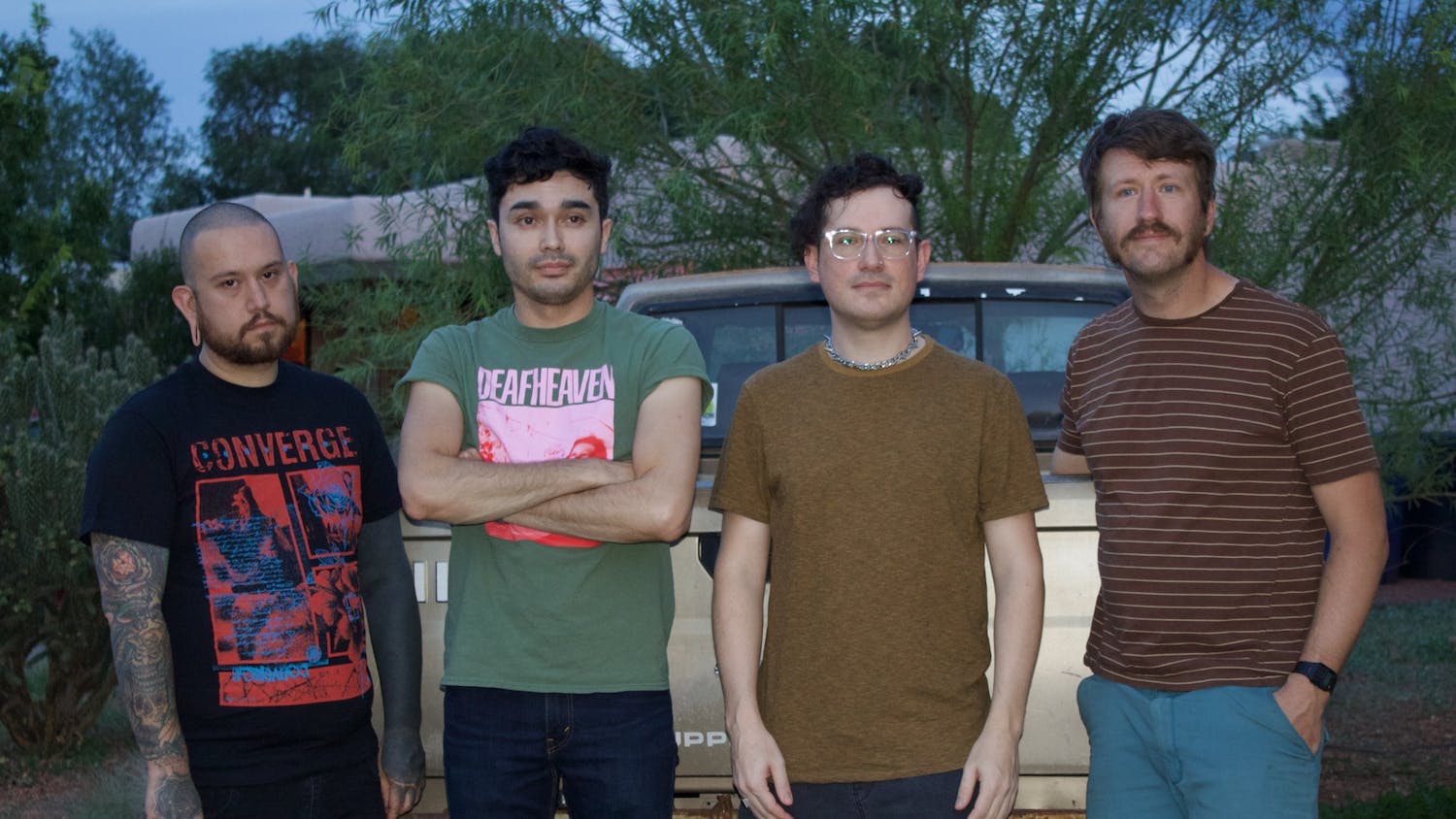 Local band neglects no inspriation in search of inclusive music-making 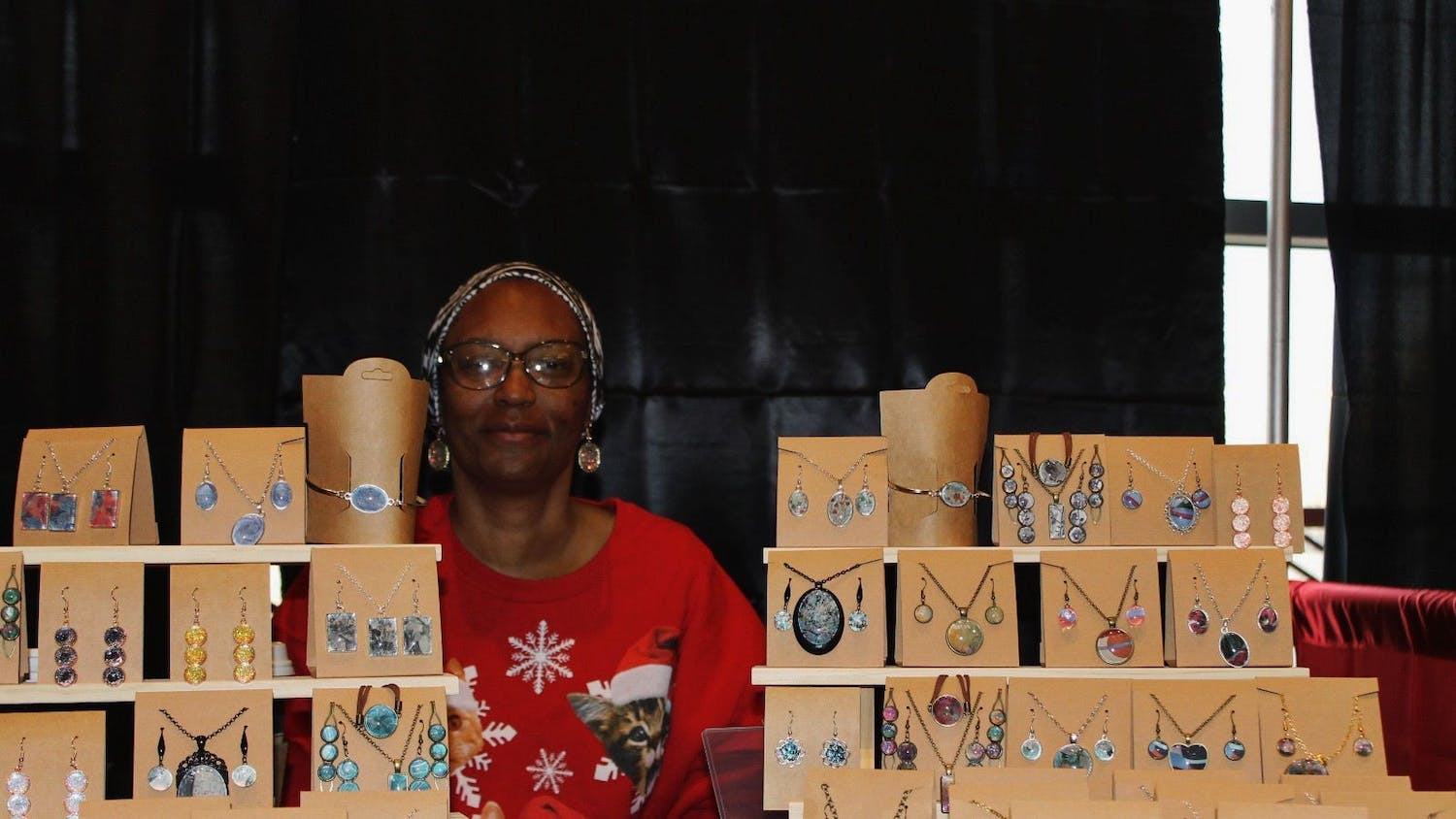